Frisco plans to spray for mosquitoes Sept. 26-27 near the Warren Sports Complex after a 15th local mosquito pool tested positive this season for West Nile virus.

A third-party contractor will fog a designated area along North County Road and Eldorado Parkway near the Warren Sports Complex on the city's northside. The treatment is slated to begin at 9 p.m. Sept. 26 and continue until 5 a.m. Sept. 27. The spraying will then repeat for the same hours that evening and into the morning of Sept. 28. 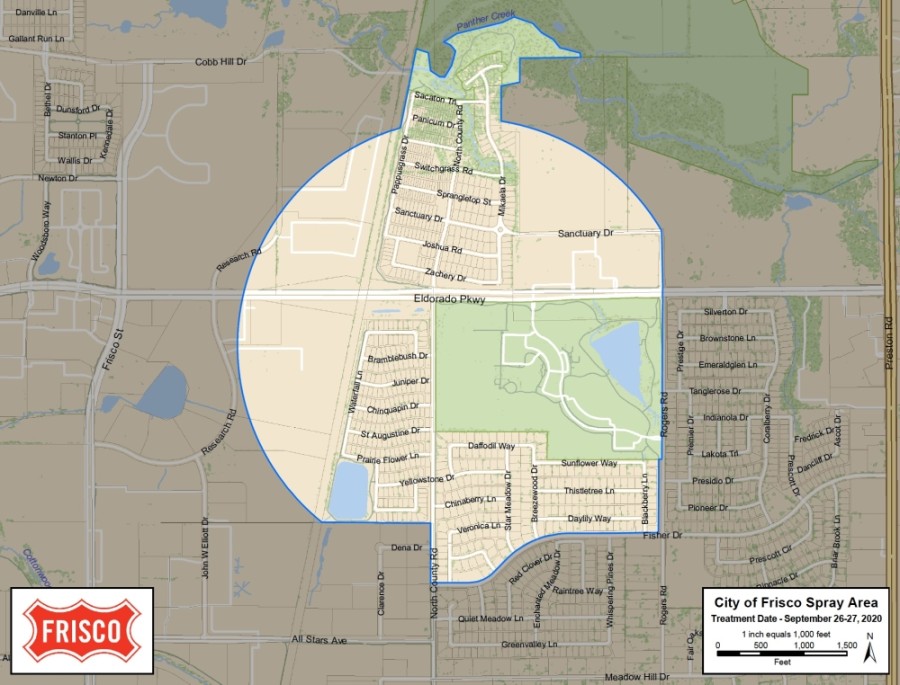 No human cases of the virus have been confirmed in Frisco, though Plano officials announced Sept. 2 that a human case had been identified there.

The city previously announced Sept. 11 that a mosquito pool tested positive for West Nile virus along North County Road near the Warren Sports Complex. That was part of the 11th and 12th positive pools announcement along with Hickory Street near Oakbrook Park.

The Village Lakes neighborhood near Copper Point Lane was the location of the eighth positive pool confirmed by the city on Aug. 14.