Frisco confirmed on Aug. 7 that a seventh mosquito pool in the city had tested positive for West Nile virus. (Courtesy Adobe Stock)

A third-party contractor will spray a designated area south of Eldorado Parkway and on both sides of Teel Parkway during evening and overnight hours for three days beginning Aug. 8. The neighborhoods to be sprayed include Shaddock Creek Estates, Country Club Ridge at the Trails, The Fairways, Heather Ridge Estates and The Trails. The Cottonwood Creek Greenbelt is two miles of trails and wetlands east of Teel Parkway and north of Main Street. 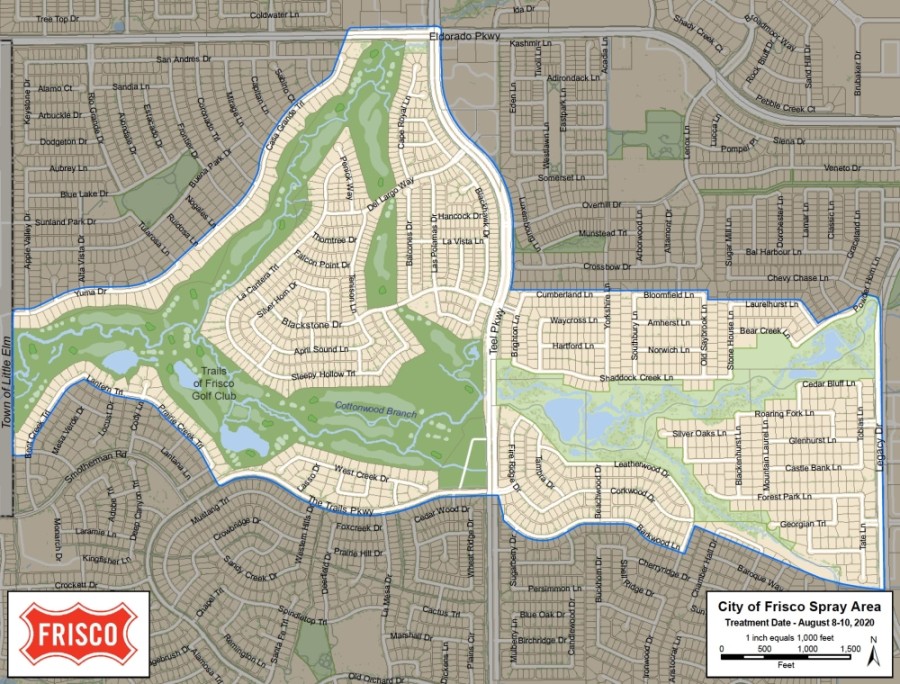 “While the city continues to increase surveillance and treat affected public areas, we can’t treat private property, so we need homeowner’s help,” Environmental Health Supervisor Julie Fernandez said in a statement. “Look for standing water outside your home. Be proactive to prevent mosquito breeding in your backyards. Water tends to pool in things like saucers under potted plants or bird baths.”
RELATED STORIES

• Richardson council votes for waiver of tax law, no comprehensive exams for 2020-21 in Plano ISD: Top news from DFW

The city shared three recommendations from the Centers for Disease Control and Prevention that homeowners can do to help control mosquitoes indoors and outdoors:

• Use screens on windows and doors, and repair holes in screens to keep mosquitoes outdoors.

• Use air conditioning when available.

• Stop mosquitoes from laying eggs by emptying, turning over or throwing out any items that may hold water.

Frisco previously sprayed for mosquitoes around the Cottonwood Creek Greenbelt area July 11-12, July 25-26 and Aug. 1-2 after the fourth through sixth mosquito pools tested positive for West Nile virus in the city. That area was also the location of the second positive test reported on June 5.