Frisco announced Aug. 21 that a ninth mosquito pool in the city had tested positive for West Nile virus.

This pool was located near Hickory Creek, which is near the intersection of Hickory Street and Preston Road. In a news release announcing the positive test, city officials said they would be increasing surveillance efforts and treating areas south of Main Street and north of Stonebook Parkway between Parkwood Boulevard and Tomlin Drive with larvicide.

“As we enjoy these cooler mornings, it’s important to follow the 4Ds to help protect yourself, loved ones and neighbors,” Environmental Health Supervisor Julie Fernandez said in a statement. 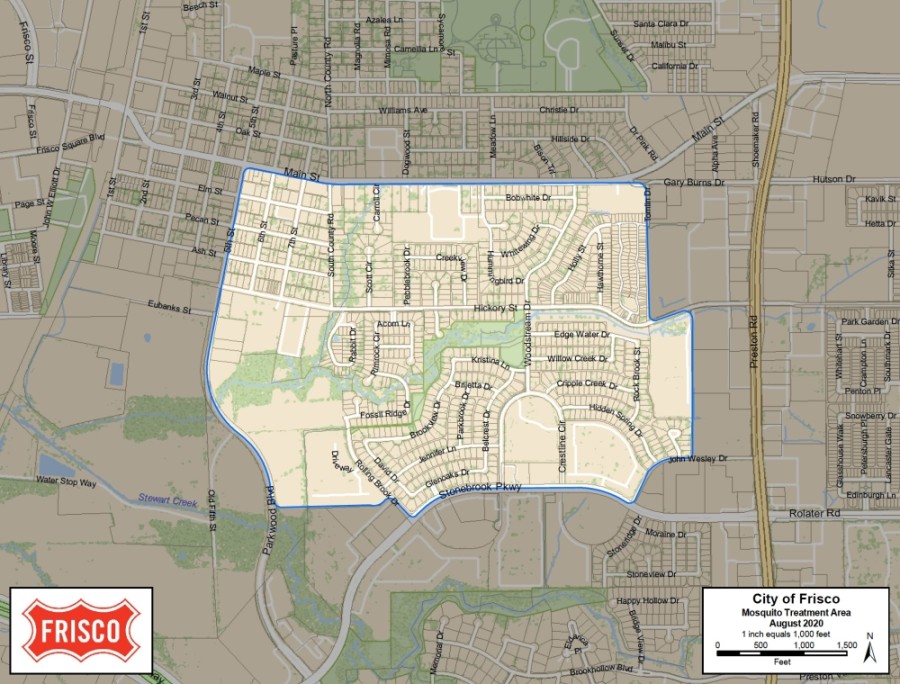 The city shared a list of those "4Ds," which are precautions for West Nile virus promoted by the Texas Department of State Health Services:

Frisco began testing for mosquitoes May 1 and confirmed the first positive test of a mosquito pool near Oakbrook Park along Hickory Street on May 29.

The Cottonwood Creek Greenbelt area was the location of the second positive test reported on June 5. Frisco then sprayed for mosquitoes in that area July 11-12, July 25-26, Aug. 1-2 and Aug. 8-10 after the fourth through seventh mosquito pools tested positive for West Nile virus in the city.

To Frisco's east, McKinney announced Aug. 20 it plans to spray a portion of the city's west side for mosquitoes Aug. 22 after a mosquito pool tested positive for West Nile virus. A McKinney city press release stated the spray area will generally be a one-mile radius that is south of Virginia Parkway, east of Coit Road, north of Sexton Drive and west of Memory Lane.