The Texas Department of Transportation put several major road closures into effect in September in preparation to demolish the Hwy. 6 bridge over Hempstead Road and Union Pacific Corp. railroad tracks later that month.

Cy-Fair ISD’s board of trustees unanimously approved boundary changes for the 2020-21 school year to alleviate overcrowded campuses and populate Rowe Middle School—the district’s 19th middle school which is slated to open in August near FM 529 and the Grand Parkway.

Plans for a mixed-use development in Jersey Village moved forward with plans for 43 acres of residential, retail, restaurant and hotel space being brought in over the next three to four years.

Officials announced in December that Lone Star College would be one of the first community colleges in the state approved to offer certain bachelor’s degree programs starting in fall 2020.

8. Harris County to end cash bail for most misdemeanor arrestees

An effort to overhaul Harris County’s bail bond system was set into motion in July that county officials said addresses inequalities in how the system treats lower-income arrestees.

Local small-business owners expressed concerns about high rent costs in certain parts of Cy-Fair as well as competition from major chain businesses that have resources to attract more customers.

Construction on an effort to widen a portion of Cypress North Houston Road between Cypress Creek Bend Drive and Greenhouse Road from two lanes to a four-lane boulevard was completed this year.

A partnership with the Houston Astros brought a custom mural to the Boardwalk at Towne Lake during the ALDS West Division Series in October.

Voters approved a $210 million bond referendum for Harris County MUD No. 165 during Nov. 5 elections, which MUD officials said will be used to fund a variety of water, sewage and drainage projects within the district’s boundaries and potentially within new boundaries that could be added through annexation.

Voters living in Cy-Fair ISD’s boundaries approved a $1.76 billion bond referendum on the May 4 ballot, making it the district’s largest bond package to date.

14. Jersey Village threatens motel with condemnation, demolition if improvements are not made

The city of Jersey Village asked owners of a Super 7 Inn within city limits to address a variety of health and safety concerns including plumbing and electrical violations.

15. Developers bringing thousands of homes to area north of Cypress

Roughly 2,200 acres of land near the Grand Parkway and Mueschke and Cypress Rosehill roads were under development to add thousands of new single-family homes when fully built out, a process that could take more than a decade.

16. Groups seek to connect Greenhouse and Skinner roads under Hwy. 290

Cy-Fair entities advocated for a new connection between Greenhouse and Skinner roads to provide more direct access to Hwy. 290.

Land Tejas announced Oct. 3 the company has acquired 856 acres in Cypress with plans to build a 2,500-home master-planned community near the intersection of FM 529 and Fry Road.

18. Underground tunnel could be part of flooding solution for Cypress Creek

Proms planned for this spring have been canceled, and graduation ceremonies could potentially be postponed.

The individuals were last in the stores on Thursday, April 2.

Houston Northwest Chamber of Commerce survey: Majority of respondents have been negatively affected by coronavirus 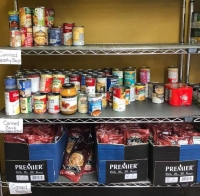 Volunteers have served dozens of individuals throughout the coronavirus pandemic.