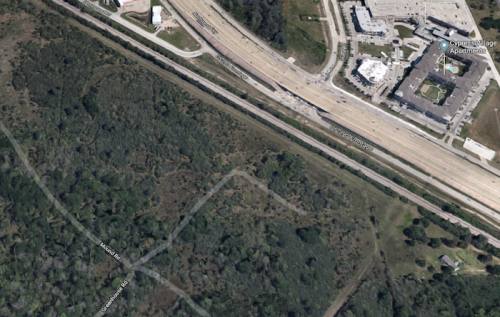 This story was updated Jan. 23 with additional comments from Harris County ESD No. 9.

Several Cy-Fair area entities are looking to create a new connection to Hwy. 290 that would provide more direct access to the highway in Cypress.

The project, which calls for connecting Greenhouse and Skinner roads with an underpass under Hwy. 290, was submitted to the Houston-Galveston Area Council last fall for consideration for federal funding. H-GAC helps secure federal grants for road projects in the Greater Houston area and has identified a possible $920 million for projects over the next 10 years.

The proposal involves extending Greenhouse Road northbound, under the Union Pacific Railroad tracks and Hwy. 290, and then connecting it to Skinner Road while also providing access to Hwy. 290 frontage roads. The project's application was sponsored by Harris County MUD No. 500, but other partners include Harris County Emergency Services District No. 9—which has an interest in improving mobility for fire and EMS vehicles—and the Metropolitan Transit Authority of Harris County, which operates the Cypress Park & Ride at Skinner Road and Hwy. 290.

Caldwell Companies, the developer behind the nearby Towne Lake master-planned community, is also working to make the project a reality. Peter Barnhart, an executive vice president with Caldwell, said the new connection to Hwy. 290 would ease worsening congestion on other north-south Cypress corridors.

"The current crossings at Fry Road and Barker Cypress [Road] can become very congested at peak times, and the proposed crossing at Greenhouse [and] Skinner would be a great relief to traffic in this area," he said. "In addition to reducing congestion in the area it would help our first responders to improve their response times in our area."

The proposed extension would be a six-lane roadway with 10-inch-wide hike and bike lanes for pedestrian and cyclists along both sides of Greenhouse, according to the application submitted to H-GAC. It has been a part of the city of Houston's Major Thoroughfare Plan since the 1970s, and the application asks for $22.5 million in federal funding in 2021. If approved for federal grant funding, MUD No. 500 has agreed to sell debt to accelerate work on the underpass and be reimbursed later on, according to the application. The underpass would be designed in coordination with Harris County and Union Pacific.

To build the road underneath Hwy. 290, the eastbound frontage road of Hwy. 290 would be lowered to meet the elevation of the underpass, according to the application. The U-turns would remain at existing elevation. The project also calls for building a stormwater pump station to mitigate flooding during heavy rains.

"The underpass also provides connectivity between the existing 2,000-acre Towne Lake community and the METRO Cypress Park & Ride," officials wrote in the application. "When this project is approved, it will provide a 16-mile continuously constructed north-south thoroughfare connecting Huffmeister Road north of Hwy. 290 to two miles south of the Katy Freeway."

In a draft ranking of projects released by H-GAC on Jan. 16, the Greenhouse project fell short of H-GAC's rating for projects that "appear to be fundable" in the 10-year plan. However, the council is accepting public feedback on projects through Feb. 28, which will factor into a final ranking. Feedback can be submitted on H-GAC's website, where more details on all 193 submitted projects can be found. The project also remains in consideration as a part of the council's 2045 Regional Transportation Plan.

If the project does end up in the final 10-year plan, officials suggest construction could begin around the first quarter of 2021.

Tommy Balez, a commissioner with Harris County ESD No. 9, said the connection would provide fire and EMS vehicles another corridor to cross Hwy. 290 without having to travel over railroad tracks, an issue that can cause delays if a train is crossing at the time of an emergency. He said the ESD was looking into purchasing land in the north side of Towne Lake for a new station, an agreement that would see the money they pay for the land going toward the road project.

"We’re hoping that by placing a station on the north side of Towne Lake near Hwy. 290 with access under the railroad tracks, that will help us greatly improve not only our response times but reduce the number of stations we'll need in the future," Balez said.