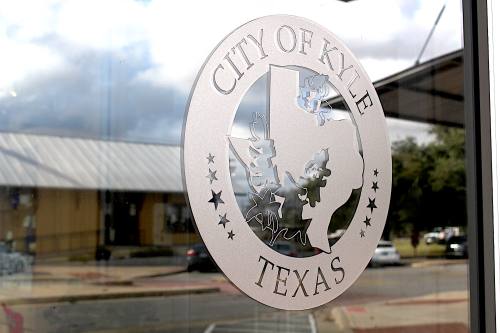 This post was updated 10/5/19 with additional statements and information.

Kinder Morgan will pay the city of Kyle $2.7 million and agree to pump only natural gas through its Permian Highway Pipeline, among other stipulations, in exchange for permission to construct the natural gas conduit through parts of the city.

“While this settlement is not necessarily what some people have advocated for, the reality is that the fight continues to try to bring transparency and awareness in our community and as it relates to the pipeline,“ Mayor Travis Mitchell said.

The agreement, which was reached after negotiations that lasted into the early morning hours Oct. 5, comes after weeks of discussions and postponed court dates in the pipeline company’s suit against the city, one of several legal battles over the Kinder Morgan’s $2 billion project.

“This has been an extraordinary season for the city of Kyle in dealing with a company that produces more in profits in a quarter than we produce in our operating budget over the course of a decade,” Mitchell said. “I want to commend the council regardless of their votes tonight.”

Tenorio said she was proud of the work that council had done.

“I really do believe that this is the best deal available to us, and I couldn’t be more proud to be a part of this council,” she said.

Kinder Morgan originally filed the suit in question July 22, charging that the city of Kyle overstepped its authority when it passed an ordinance to place additional restrictions on and require additional steps of pipeline companies and of developers building near pipelines. Kyle later amended the ordinance, removing some provisions that were redundant of state and federal law, but the suit had been set to go forward, with its first hearing scheduled for Oct. 7 in U.S. District Court in Austin.

Kyle City Council members and other Hays County election officials have been vocal critics of the pipeline since it first became public at the end of last year, but land use attorneys have previously told Community Impact Newspaper that projects like the Permian Highway Pipeline are extraordinarily difficult to stop.

“Hopefully, we will be able to continue to be vocal advocates for transparency, public input in the public routing process, environmental concerns, safety concerns and really helping our legislature hear from us that this is an important issue and current laws in the state of Texas need to be addressed,” Mitchell said.

Though the suit over the ordinance may be nearly over, both Kyle and Hays County remain part of a lawsuit filed against the Texas Railroad Commission charging that the agency places so few restrictions on oil and gas pipeline companies that it violates the state constitution. That suit was dismissed by a state District Court judge in June, but the Texas Real Estate and Defense Coalition, which is funding the challenge, has filed an appeal.

The settlement document stipulates that the city retains the rights to pursue the appeal against the railroad commission, in which Kinder Morgan is a named party, and "any claims it may have arising under the Endangered Species Act, the Clean Water Act, the Safe Drinking Water Act, the National Environmental Policy Act, and the regulations promulgated under any such act, all of which shall be entirely unaffected by this release."

Note: This post has been corrected to reflect that the pipeline will carry only natural gas.