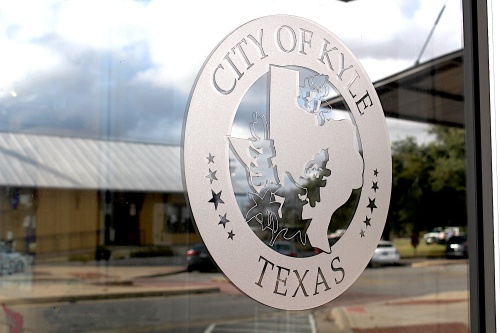 Kyle City Council approved an ordinance July 2 that will affect both pipeline companies hoping to route projects through Kyle—including the controversial Permian Highway Pipeline slated to be built through the city—and developers with projects near those future pipelines.

Citing the city's obligation "to protect the public health, safety, and welfare that can affect the risks associated with increased human activity in the vicinity of transmission pipelines," the new rules require additional permits and fees in addition to prohibiting certain types of buildings near pipelines unless the City Council grants an exception.


The ordinance first appeared at a special council meeting May 14, where the four council members present voted to approve it. But when it was brought in front of the council at the regular May 21 meeting, Mayor Travis Mitchell asked to postpone the item.

“We’ve had some questions brought up from some of the different developers in the community,” Mitchell said at the time, adding that the issues were related to how the ordinance might affect construction around existing pipelines.

“Until we can just make sure we provide that clarity there’s no reason to rush this ordinance through,” he said.

The Permian Highway Pipeline is a planned 42-inch oil and gas conduit under development by Kinder Morgan that will run through the Kyle on its way from the Permian Basin to the Gulf Coast. Officials in both the city and Hays County have vocally opposed the development for months, including filing a lawsuit against the Texas Railroad Commission—the government agency charged with regulating pipelines—and Kinder Morgan, which was just dismissed by a Travis County judge.


A number of changes were made to the ordinance during the intervening weeks, including a provision that specifies that it applies “solely to natural gas transmission pipelines 30 inches or larger in diameter, built on or after the fate of final passage of this ordinance.”

At the July 2 meeting, Mitchell spoke briefly about the delay in final approval of the ordinance.


"Between first and second reading we had feedback from the community and various parties that were interested in this ordinance," he said. "There was a concern that it might affect unintended parties and so for the last month we’ve been collaborating with all kinds of groups all over Kyle."

Mitchell added that changes were made to narrow the scope of ordinance to the issues about which the council is most concerned.

"We tried to take [stakeholder] considerations to make sure we’re drilling down in this ordinance specifically where we want to, which is for the safety and health of the community," he said. "Were  wanting to prevent development from happening in certain aspects, in certain instances within a certain number of feet from the pipeline."

The ordinance passed July 2 also includes sections that were expanded from the document approved in May, with more specific language, such as the provision that mandates pipeline companies pay a permit application fee of $2,500 and a fee on utility easements equal to 5% of construction costs on that section of the pipeline. (Read the full ordinance here.)

Representatives for Kinder Morgan said in an email that they have no comment on the ordinance at this time.
SHARE THIS STORY