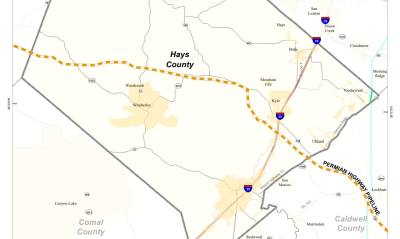 Pipeline giant Kinder Morgan has sued the city of Kyle, striking back at the city in the latest of a series of legal actions over the Permian Highway Pipeline.

The suit, filed July 22 in U.S. District Court in Austin, charges Kyle with overstepping its authority when the City Council approved a new set of rules that places additional restrictions on—and requires additional steps of—pipeline companies working on projects within the city as well as developers building near those pipelines.

“I’m not going to far as to say we expected it,” Kyle Mayor Travis Mitchell told Community Impact Newspaper. “But it’s not unexpected."

Mitchell added that the city would confer with its legal team in the coming days and decide the best course of action.

Kyle’s ordinance, which originally appeared in May before being passed on second reading July 2, cites the city’s obligation “to protect the public health, safety, and welfare.” In addition to requiring pipeline companies to pay additional fees and obtain additional permits, the ordinance prohibits certain types of buildings near pipelines.

Kinder Morgan’s suit against Kyle, which asks for both a preliminary and a permanent injunction, argues that the city does not have the power to regulate oil and gas pipelines because it is preempted by both state and federal law.

“In addition to occupying the field, the [federal Pipeline Safety Act] also expressly preempts municipal regulation of pipeline safety in Texas,” the suit states, later adding, “[t]o add further clarity, the Texas Legislature provided that cities and counties do not have the power to regulate the safety of gas utilities and gas pipeline facilities.”

The suit was filed just a week after the Texas Real Estate Advocacy and Defense, or TREAD, Coalition, said it would appeal the dismissal of a lawsuit in which both Kyle and Hays County were plaintiffs.

That challenge, which was filed originally on April 22 before being dismissed June 25, is mentioned several times in the suit brought by Kinder Morgan, which calls the ordinance the “defendant’s second attempt to impermissibly interfere with the construction and operation of the Permian Highway Pipeline.”

In a lengthy statement, Kinder Morgan said that in addition to challenging the Kyle ordinance in court, the company has also filed a complaint with the Texas Railroad Commission over the fees that it imposes.

"While municipalities have the authority to impose certain fees in discrete circumstances under Texas law, those fees must be both reasonably calculated and tied to the actual costs incurred by the city administering valid municipal regulations," the statement reads. "We are confident the Railroad Commission will find them to be unsupported and, thus, invalid."

The TREAD Coalition also announced July 16 that, with Hays County as one of the plaintiffs, it had filed a letter of intent to sue several federal agencies and Kinder Morgan over the potential impact of the pipeline on the environment and on the endangered golden-cheeked warbler.

Members of the TREAD Coalition are funding both lawsuits.

According to court documents, a hearing on Kinder Morgan’s lawsuit has been scheduled for Sept. 17.

This article has been updated with additional information.
SHARE THIS STORY