Construction in Central Texas will not start until federal permits are issued, but Kinder Morgan is mobilizing. (Courtesy Blanco STP)

The list of plaintiffs in an anticipated environmental lawsuit challenging the Permian Highway Pipeline continues to grow.

Following the commitment of the Barton Springs Edwards Aquifer Conservation District, the cities of Kyle, San Marcos and Austin have all agreed to join a lawsuit over the potential impact of the pipeline on endangered species in the region.

Hays County will consider the same commitment at its Jan. 28 meeting, according to a Jan. 24 new release from Jessica Karlsruher, the new executive director of the Texas Real Estate Advocacy and Defense Coalition, which is funding the suit along with several other legal challenges.

Kyle and San Marcos city councils approved joining the suit Jan. 21, while Austin City Council made the same choice Jan. 23. Austin has also pledged $100,000 to the effort, while San Marcos will dedicate up to $25,000. Kyle City Council will take up the issue again at the Feb. 4 meeting.

Construction on the western end of the 430-mile, $2 billion pipeline, which runs from the Permian Basin to the Gulf Coast, has already started, but the endangered species lawsuit will not be filed until the U.S. Army Corps of Engineers issues permits required to begin work on the section of the project that runs through Hays County.

Both Kinder Morgan and pipeline opponents expect those permits to be issued within weeks, though there is no set date.
RELATED STORIES

BREAKING NEWS: Here is the order for Hays County’s shelter in place that begins at 11 p.m. March 26 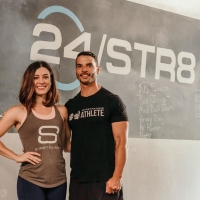 The lawsuit will be based on the issues raised in two letters of intent to sue that were filed in U.S. District Court in 2019, naming the Corps, the U.S. Fish & Wildlife Service and Kinder Morgan as defendants.

The first, which moved forward in July and counted Hays County among the groups that signed on, argued that the pipeline would disrupt the habitat of the endangered golden-cheeked warbler. The second letter of intent, filed in October, focused on aquifer-based endangered species and included San Marcos, Kyle and Austin as plaintiffs.

Both letters of intent argued that Kinder Morgan was making a conscious attempt to avoid a full and public environmental review of the Permian Highway Pipeline by asking the Corps for only general permits instead of pursing either a more rigorous permit from the Corps or seeking additional permits from USFW in order to address the issue of endangered species.

Opposition to the Permian Highway Pipeline in the Central Texas region has been vocal.

Before signing letters of intent, both Kyle and Hays County joined as plaintiffs a lawsuit filed in April that charged the Texas Railroad Commission, the state regulator of oil and gas pipelines, with providing so little oversight that it violated the constitution. That suit was dismissed in June, but briefs on the appeal are being filed in January, according to TREAD legal counsel David Braun.

Speaking about the anticipated endangered species suit, Braun told Community Impact Newspaper that plaintiffs will also seek an injunction to stop the pipeline when the suit is filed, but the case will go forward regardless.

By the numbers: Hays County now has 42 cases of conronavirus as numbers jump statewide 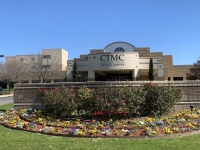 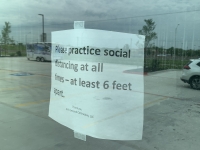 ‘It is important to recognize how our mental health can be affected by the pandemic': Statewide mental health support line established in light of COVID-19

Texans experiencing anxiety, stress or other emotional challenges in light of the COVID-19 pandemic will now be able to utilize a 24-hour mental health support line.