The city of Austin could work with Capital Metro to look into public financing options to help fund new MetroRail stations at the new Austin FC soccer stadium at McKalla Place and at the Broadmoor Campus in North Austin. (Amy Denney/Community Impact Newspaper)

The city of Austin could start working with Capital Metro to look into public financing options to fund new MetroRail stations adjacent to the Broadmoor Campus and the future Major League Soccer stadium in North Austin.

According to the Nov. 14 Austin City Council agenda, Item 100 proposes to direct the city manager to work with Capital Metro on the completion of these two stations and look into public funding options that could leverage private financing. The item would also direct staff to conduct a feasibility and financial study of creating what is called a Tax Increment Reinvestment Zone District, or TIRZ. A memo of the findings would then be presented to council in January, according to city documents.

Council Member Leslie Pool, who represents District 7 that includes the Broadmoor Campus and soccer stadium, brought the item to council.

"The rail stations will make a big difference in years to come," she wrote Nov. 6 on the council message board.

A TIRZ allows a jurisdiction to adopt an ordinance and set a geographic area to promote redevelopment or development in that area, according to state comptroller’s website. These zones have their own financing plan to outline how taxes collected would be reinvested in the zone. Austin currently has a TIRZ for the Waller Creek development.

In May, Capital Metro announced an aggressive timeline to open the two new MetroRail stations by 2021, including the McKalla Place station in time for opening day of Austin FC, the new Major League Soccer team.

Capital Metro is already planning to relocate its existing Kramer Station to the Broadmoor Campus, which is now owned by Brandywine Realty Trust. Brandywine is working with Capital Metro on the new station and plans to build a 400-space parking garage.

"Both stations, as you know, do have some funding, but gaps exist that must be filled," Pool wrote on the council message board.

A Capital Metro spokesperson said the agency does not have any cost estimates for completing the two new rail stations but is working to get cost estimates.

The Broadmoor Campus, located at 11501 Burnet Road across from The Domain, is an existing 1 million-square-foot campus built on 66 acres in the 1990s and previously owned by IBM. Brandywine is planning to build out the campus with multifamily units, hotels, retail and offices.
Tags: McKalla Place , Broadmoor Campus , Capital Metro , MetroRail , Austin City Council
SHARE THIS STORY

ESPN and Special Olympics Texas will present Hendrickson High School with a Unified Champions National Banner in a special ceremony March 9. The banner is awarded to campuses across the country for inclusion efforts for students with and without disabilities.

This is the first Austin location for the Dallas-based business. 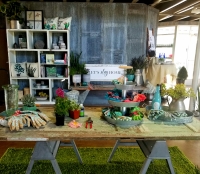