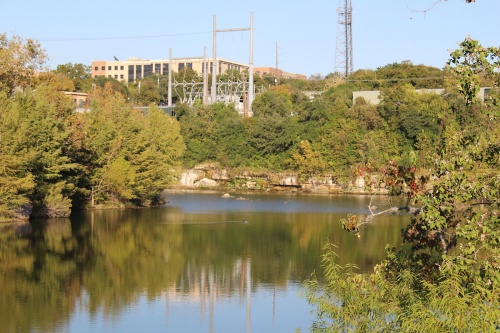 Southwestern Travis County is one of the only areas without a groundwater conservation district within the Trinity Aquifer, one of nine major groundwater supplies in the state.

After a month and a half of planning and securing election funding on Tuesday from Travis County Commissioner’s Court, the temporary board for the Southwestern Travis County Groundwater Conservation District unexpectedly voted in a unanimous decision Friday afternoon to cancel the district’s confirmation and board elections.

“The county offered to give us a loan for the election but we had no idea what the loan terms were, and really don’t have the data to be able to know when we would be able to pay the loan back,” Tricia Davis, the conservation district’s vice president, told Community Impact Newspaper March 3. “[The board of directors] had very serious reservation of borrowing money with no means to pay it back.”

With a jurisdiction covering 200 square-miles of Southwest Travis County, the startup groundwater conservation district was enacted through House Bill 4345 last year to manage the final unprotected portion of the Trinity Aquifer. The district covers most of unincorporated Travis County south of the Colorado River and west of MoPac, including the areas of Oak Hill and Hamilton Pool Road, as well as the cities of Bee Cave, Lakeway and portions of West Lake Hills.

“We have struggled for many years to get some regulatory structure over this remaining hole over the aquifer in western Travis County,” Eckhardt said at a Commissioner’s meeting Feb 20, while the county was deciding whether or not to fund the election.

The district was not given any state funding as part of HB 4345 to begin operations and is not allowed to collect operational fees until approved by local voters in a confirmation election. However, the district was required to call an election for May 5, which was estimated to cost $180,000-$200,000, Davis said.

“A May election would leave us in a position that the district is owing the county money all the time, and the timeline we were given was asking [the board] to do something that just seemed unreasonable,” she said.

However, now that the election for May has been canceled, the board is not able to conduct another election until May 2020, HB 4345 states.

Davis said board members would continue to hold meetings in their volunteer roles and will work to education the public on the importance of having a groundwater conservation district in the area. She said the board will push for a legislative change during the 2019 session that would allow the district to call an election in November 2019. She also hopes by extending the timeline, members of the public will have a better opportunity to attend meetings and decide if they are interested in running for a board position in the future.

“[The board members] really know there’s a good reason to have this groundwater conservation district and we are going to continue to work at this,” Davis said. “All of us have really taken our appointed positions seriously.”

At a West Lake Hills City Council meeting Feb. 14, prior to the election being canceled, Mayor Linda Anthony said the state’s lack of funding created an odd situation for the area. During the legislative session last spring, the city council did not support creation of the district.

“Part of the reason this bill never really went anywhere [until now] is that it was looked at as a paper tiger, that we would be creating an entity that doesn’t really have the regulatory authority or funding that’s needed to do its job,” she said. “Cities were concerned that we might be asked to [pay the bill] for a rural problem, and we all use surface water. [City Council] opposed it for those reasons.”

Furthermore, the vast majority of residents, if not all residents in West Lake Hills, use surface water, not groundwater, Anthony said. The same can be said for most residents in Bee Cave and Lakeway.

According to HB 4345, the conservation district was established assures that groundwater withdrawals do not negatively impact the environment or residents and protects private property rights. The district also has the ability to do groundwater research and studies to see how proposed developments could affect the pumping rate of an area’s groundwater supply.

If the district is approved in a future election, per HB 4345, the funding will be through groundwater well registration fees, commercial well production fees and other user fees. Residential wells that use less than 10,000 gallons per day and agricultural wells that produce less than 25,000 gallons per day are exempt from additional fees. The district is not allowed to collect taxes.