Ask the Editor: When could Austin get electric buses? 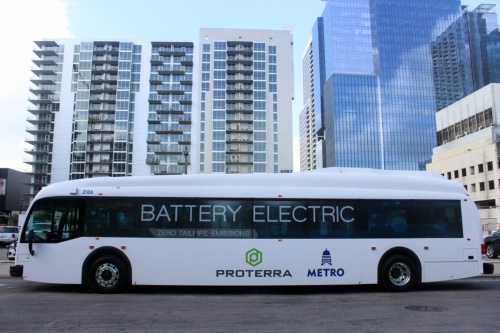 Capital Metro is testing electric buses over the next six weeks.

In August, Capital Metro began testing electric buses from three manufacturers in an effort to have cleaner and more fuel-efficient vehicles. The purpose of the test is to see how the electric buses could operate in Austin’s heat and hilly topography.

Capital Metro staffers will also use the input from the test to help the agency determine what infrastructure is needed to support an electric fleet. This would include determining where to locate charging facilities and working with Austin Energy.

During a July budget and five-year capital plan presentation, Capital Metro staffers unveiled their plan to start purchasing electric buses in fiscal year 2021-22 with an initial order of 40 vehicles.

Battery-powered electric buses, which do not have a tailpipe and produce zero emissions, can operate about 175 miles on a single charge, which should be long enough for buses to handle a 14-hour shift. Depending on the type of charger, buses could be charged in three to six hours.