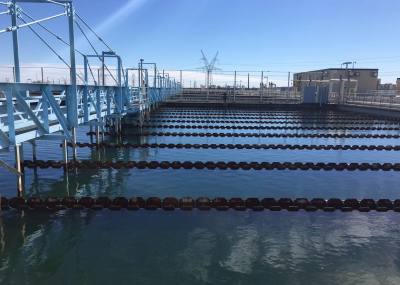 The Texas Commission on Environmental Quality has released the results of its investigation into complaints in March 2018 against the North Texas Municipal Water District.

Chemicals measured in North Texas drinking water in March were probably not the cause of skin rashes and other adverse health problems reported that month by some area residents, state regulators have concluded.

As part of its investigation into 281 resident complaints from March, the Texas Commission on Environmental Quality determined that the water was unlikely to contain chemical compounds known to cause skin rashes, although the chlorine compounds in the water did appear to produce a distinctly unpleasant odor and taste and may have caused some eye and respiratory irritation.

The agency’s report, dated May 18 and reviewed on Tuesday by Plano City Council members, based its conclusions on 117 drinking water samples from North Texas sites; resident reports of odors and health concerns; pH levels in the water that suggest the absence of certain particularly acrid chemical compounds; and existing scientific literature examining the relationship between the chemicals that were detected and symptoms like skin rashes.

Ron Kelley, a Plano council member, told Community Impact Newspaper after Tuesday's meeting that the report represented “good news” for local residents, saying the council had discussed the report earlier that day at a scheduled retreat. He was told the city planned to release a statement on the report later this week.

The North Texas Municipal Water District on Wednesday issued a statement saying the state's report confirms its previous statements that its drinking water was safe for consumers during the chlorine maintenance period, which ended in late March, and remained within federal and state regulatory standards.

"We recognize that some customers may be sensitive to adjustments made in our water treatment process, particularly chlorine," said Kathleen Vaught, a public relations specialist for the North Texas Municipal Water District, in the statement. "During and following the maintenance period, NTMWD urged any water customer with concerns about possible medical issues or sensitivities related to the water to see a doctor."

Residents began to report issues with the water in late February during the North Texas Municipal Water District’s chlorine maintenance period, when the water supplier began to remove ammonia from the chemical disinfectant compounds that are flushed through the district’s distribution system.

This “free chlorine” process lasts for about a month each year in an effort to fight nitrification in the pipelines, according to district officials.

The practice was criticized by prominent California-based environmental activist Erin Brockovich, who said residents' rashes and other health issues were a sign that something was wrong with the water. She and an engineer, Bob Bowcock, visited a packed Frisco event hall in April to highlight concerns about chlorine levels and byproducts of the water district’s disinfection process, both of which remained at levels consistent with federal regulatory standards.

In an interview before the April event, Bowcock said he suspected the drinking water could contain an undesirable chemical compound known as trichloramine, which produces a particularly acrid smell and, he said, could result in skin issues similar to those described by some residents.

Water district officials, however, were skeptical of those claims at the time, and the report from state regulators released this week also suggested the formation of trichloramine was unlikely during the chlorine maintenance period. Trichloramine typically forms in water with pH levels below 4, and all water samples collected during the state’s investigation showed pH levels ranging from 6.9 to 8.3, according to the report.

Correction: A previous version of this story misstated the number of drinking water samples taken by the Texas Commission on Environmental Quality. The correct number is 117, not 171.
SHARE THIS STORY