Austin Water lifted additional boil water restrictions Feb. 22 for Austin residents and businesses within its Central, South, North and Northwest A pressure zones, according to a news release by the utility company. 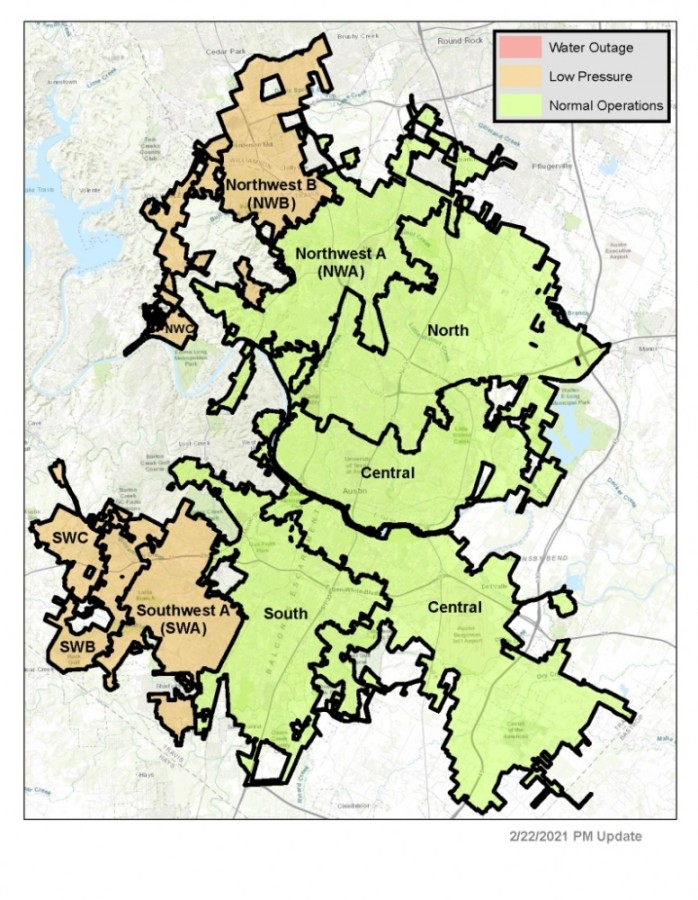 In the news release, Austin Water said water quality testing in the cleared zones met regulatory standards and are safe to use and drink.
RELATED STORIES

• $674 million Oak Hill Parkway project set to begin in South Austin, but opponents are not giving up the fight

• Construction of Cypress Springs Elementary is over halfway done

Earlier in the day Feb. 22, Austin Water lifted the notice for a first round of customers who live within the utility's central pressure zone and said it expects the notice to be lifted fully by the end of the day.
Austin Water Texas Winter Storm 2021 Southwest Austin
SHARE THIS STORY