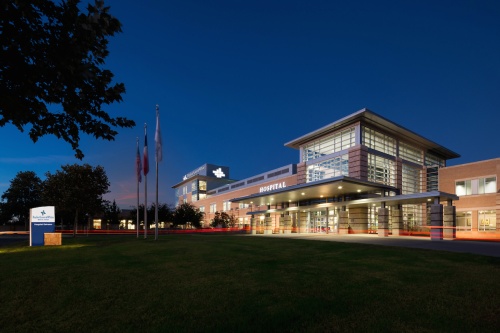 Baylor Scott & White is breaking ground for a hospital in Pflugerville on Feb. 8.

Baylor Scott & White Health will break ground on its new hospital in Pflugerville at 10:30 a.m. on Feb. 8.

Community Impact first reported Baylor Scott & White was the hospital developer after obtaining a 55-page proposed site plan through the city of Pflugerville via a Freedom of Information Act request.

Baylor Scott & White officials confirmed they were working with the city on a new hospital.

According to the preliminary plans, the hospital site will take up 26.388 acres of a rezoned 148.88-acre tract of land, approved by the Pflugerville City Council at a meeting on Oct. 25.

Baylor Scott & White Health opened a clinic near The Domain Monday and will open a clinic in downtown Austin Jan. 30. The health care provider has nearly 50 hospitals and 900 patient care sites in North and Central Texas.
SHARE THIS STORY