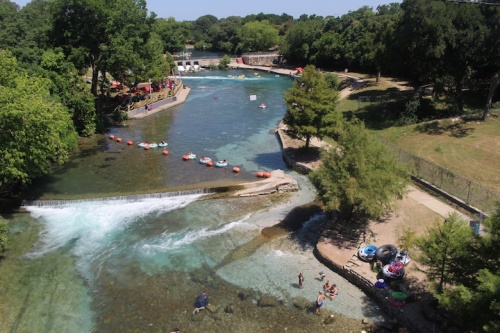 The Comal County Conservation Alliance received status as a domestic nonprofit from the Secretery of State on May 8. They hope to help preserve the area's land, water and wildlife.

Late last year, a group of concerned citizens began a conversation about land conservation in Comal County. As a result, a domestic nonprofit has been formed centered around conserving open spaces and other natural resources in the nation’s second-fastest growing county.

On May 8, The Comal County Conservation Alliance received its official domestic nonprofit certification from the Secretary of State.

Consistent participation from 30-35 landowners in the county helped move efforts along to forming the nonprofit group, said Katherine Romans, executive director of the Hill Country Alliance—another nonprofit dedicated to raising public awareness and community support around the need to preserve natural resources in Central Texas.

The HCA, League of Women Voters of the Comal Area and the Greater Edwards Aquifer Alliance have also been active participants in the discussion.

“We’ve had consistent interest since we started meeting on a regular basis back in December,” Romans said.

“Our mission statement says it all,” CCCA President Laura Sivy told the Comal County Commissioners Court at its May 10 regular meeting. "We’re advocating for land, water and wildlife conservation in Comal County.”

Sivy is member of the Comal Master Gardeners and has been a resident of New Braunfels since 1998.

The CCCA has been taking steps to further its mission for long-term sustainability. One of the ways members said they plan to carry out this vision is by advocating for higher impact fees on new development and limiting the amount of impervious cover. Officials said they also plan to write letters to state representatives urging them to introduce and pass legislation in 2019 that would give Hill Country counties more land-use control.

Jensie Madden, chair of the land-use committee for LWV, also discussed working with Comal County commissioners on the possibility of forming a task force centered around conservation efforts. She said commissioners could choose the people they want to be a part of the task force, which could conduct research on what it takes to get conservation grants or to get a bond issue passed.

At the CCCA’s monthly meeting Thursday night, four committees were formed that will focus on outreach, government affairs, communication and resource development. Attendees collaborated in break-out groups to discuss further ideas on how each committee will operate.

In addition, Daniel Oppenheimer, landowner outreach and development manager with the HCA, said the organization is working with The Meadows Center for Water and the Environment at Texas State University to map the Comal River basin.

“They’ve worked in other river basins already, working with other stakeholders just like us to develop mapping resources you can take to your [local governments] and say, ‘these are priority conservation areas,’” he said.

Oppenheimer said the map would be a visually compelling way to make a case for conservation based on resource, size, endangered habitat and other factors.

“It’s an informational resource that is perhaps more striking than if we had a 20-page document,” Oppenheimer said.

Beginning in July, the CCCA will hold general meetings on the second Tuesday of each month from 6-8 p.m. at the GVTC Auditorium, located at 36101 FM 3159, New Braunfels.

“We’ve been working to get this group formed for two or three years now, so we are very happy to finally see it come together,” said Annalisa Peace, executive director of the Greater Edwards Aquifer Alliance.

“There is a lot of excitement and energy around it,” Romans said. “We just keep seeing reminders of how important this conversation is as this county continues to top the charts as far as the rate at which it’s growing.”
SHARE THIS STORY