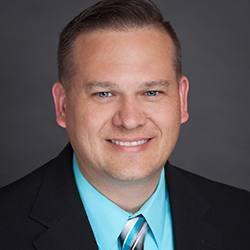 William "Billy" Wusterhausen could serve as the new fire chief of the Leander Fire Department, according to a May 3 statement from the city.

Leander City Manager Kent Cagle selected Wusterhausen for the job, although final approval is pending city council approval. Council will have the opportunity to approve Wusterhausen at a May 16 meeting, according to the statement.

Wusterhausen is an assistant fire chief in Round Rock and has 25 years of experience in fire and emergency management services. He was up against Arlington Assistant Fire Chief James "Jim" Self and Waco Deputy Fire Chief Robin "Robby" Bergerson for the top spot in Leander.

"My family and I are excited about this opportunity, and I look forward to upholding Leander Fire Department's reputation for outstanding fire service and public safety operations on behalf of the city,” Wusterhausen said in the May 3 statement.

Wusterhausen could start in early June, according to the statement. Former Fire Chief Bill Gardner retired in February, and Assistant Chief Robert Curr has been serving as interim chief since then.
SHARE THIS STORY