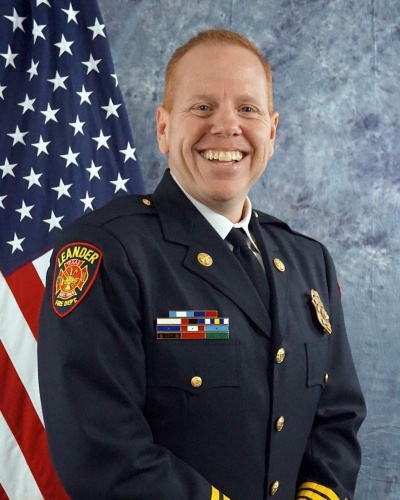 Curr has been an assistant fire chief in Leander since April 2016. He currently oversees training, health and safety, and emergency management, according to Leander city spokesperson Mike Neu. Curr first joined the Leander Fire Department in 2004 and has worked in public safety for 28 years.

Fire Chief Bill Gardner will retire from the Leander Fire Department in February.

Gardner said his last day will be Feb. 15.

Gardner said he has worked for the Leander Fire Department since 2002, when he started as a volunteer. In 2005, he was hired as deputy chief, and in 2010 he was promoted to fire chief. He has worked in public safety for 34 years.

“I will always cherish this time that I’ve spent here,” Gardner said. “I truly hope that as this comes to an end that I get the opportunity to visit with as many of the citizens as possible because they have made this just a great position to be in.”