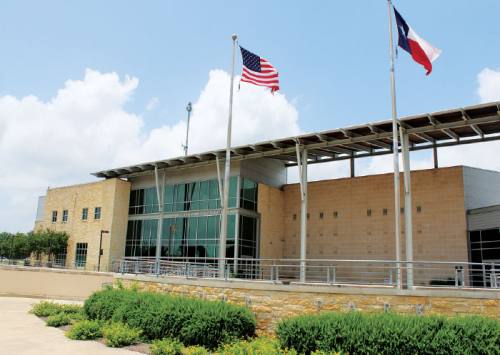 During a Jan. 11 meeting, Cedar Park City Council unanimously approved expanding its independent review of the Cedar Park Police Department to include assessing the patrol division. Police headquarters is located at 911 Quest Parkway.

During a meeting Thursday, Cedar Park City Council unanimously approved expanding its independent review of the Cedar Park Police Department to include assessing the patrol division.

In August, close to a dozen residents spoke in Cedar Park council chambers in support of Greg Kelley, who, according to court records, was convicted in 2014 of aggravated sex abuse. Many of the speakers requested the firing of Cedar Park Police Chief Sean Mannix and Sgt. Chris Dailey, who they said did not properly investigate the case.

Around 30 off-duty Cedar Park police officers were also in attendance in council chambers at the August meeting.

In October, the City Council authorized the city attorney to use Chicago-based investigations consulting firm Hillard-Heintze to conduct the review of the police department’s policies and procedures for criminal investigations.

During the Jan. 11 meeting, City Manager Brenda Eivens said city staff recommended expanding the scope of the assessment to include the patrol division in order to have a more comprehensive review of the operations of the department.

“You may realize that the patrol division is actually the largest and most visible function within the department with interactions with criminal investigations, as well as other divisions,” she said. “So it makes sense for us to go ahead and review its operations during this time.”

The scope would review the patrol division’s policies and procedures, identify if best practices are being used, assess current command and control effectiveness, evaluate how the patrol division interacts with other divisions like criminal investigations and provide any recommendations.

Eivens said expanding the review extends the deadline for the complete report on the police department’s policies by about 60 days. She said the city now expects to receive the report within 90 to 120 days.