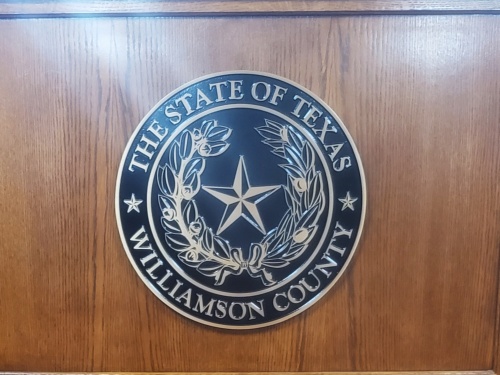 Williamson County Commissioners Court meets most Tuesdays at the county courthouse on the Square in downtown Georgetown.

It was a big month for transportation in Williamson County.

The Williamson County Citizen's Bond Committee met in every precinct in May to hear from cities, school districts and municipal utility districts on potential roads and parks bond projects. In addition, the Capital Area Metropolitan Planning Organization and Williamson County made big announcements on future road projects that will affect commuters.

Here are five things you missed from Williamson County this month.


1. Plans for I-35 updates in Austin to directly affect frequent commuters in Williamson, Travis counties

Major infrastructure updates to I-35 as well as other area projects will move forward following unanimous approval from the Transportation Policy Board, the governing body of CAMPO, on May 6, Williamson County officials said May 7.

Williamson County Precinct 2 Commissioner Cynthia Long said during a regular Commissioners Court meeting May 7 the approval—which would grant $400 million to revamp I-35 and an additional $100 million to be split between intersection improvements at RM 620 and Anderson Mill Road and new Toll 183A frontage roads—was monumental and would directly help frequent commuters between Williamson and Travis counties.

The Williamson County Commissioners Court committed up to $45,706 to the Capital Area Council of Governments Air Quality Program for air-quality data monitors during a May 14 meeting.

The county is at risk of violating federal air-quality standards, which would devastate the economy because it curtails business growth, county officials said.

“Live PD” is a documentary series on the A&E Network that follows law enforcement officers live in the course of their nighttime patrols.

Precinct 2 Commissioner Cynthia Long and Precinct 3 Commissioner Valerie Covey sought to end any contractual relationship with the entertainment company, citing concerns of how the television show negatively portrays the county and its safety during a May 21 meeting.

Williamson County, the fifth fastest-growing county in Texas, continues to seek new roads to increase mobility and safety. The county announced its Southeast Loop study May 29.

The study proposes connections for east-west routes between SH 130 and FM 3349 and north-south routes to US 79.

Previous studies, called A1, A2, E1 and South East Corridor, sought to address the need for area roads. On May 29, County Commissioner Russ Boles said plans along the A2 route were suspended to address property owners’ concerns and will not include Norman’s Crossing, a farming community southeast of Hutto.

The Williamson County Commissioners Court-appointed Citizens Bond Committee held a meeting of each of the four county precincts during the month of May. Officials from cities, school districts and municipal utility districts requested road and park projects they would like to collaborate with the county on. About $2.7 billion worth of projects were proposed.

The committee will recommend to the court whether a bond election should be called in November by July 4. If so, the committee will also recommend projects to be listed on the ballot. Committee members have said several times they will not recommend anywhere near a $2.7 billion bond if they decide to recommend one.

Read about the projects requested in each precinct below.