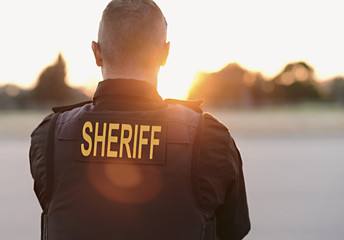 Precinct 2 Commissioner Cynthia Long and Precinct 3 Commissioner Valerie Covey sought to end any contractual relationship with the entertainment company, citing concerns of how the television show negatively portrays the county and its safety during a May 21 meeting.

“I realize the show has provided a platform to showcase some great examples of police work … however, I believe the show portrays [Williamson County] as a less-than-safe county, and we are not that,” Long said in her motion to not renew the contract. “I believe we’re at a place that an agreement between Williamson County and Big Fish Entertainment is no longer at the best interest of the county.”

"Live PD" is a documentary series on the A&E Network that follows law enforcement officers live in the course of their nighttime patrols.

Long said she also believed the show did not accurately portray life in the county, as it highlights crime when some studies name a few of Williamson County’s cities as the safest in the state.

Williamson County Sheriff Robert Chody said he disagreed with the claims made by the commissioners that the show was not beneficial for the county and the department. He said in a department that often struggles to hire, the show has promoted the work of the deputies where there is now a waiting list for individuals who want to apply for a position.

Chody said the show also allows for learning opportunities on policy disparities and errors made by law enforcement. He added the show improves transparency and community relations.

“I think it’s important that our communities see what our deputies do,” Chody said. “My intention from the beginning is to show our deputies doing the right thing.”

A poll Chody put on social media saw at least 94% of community approval of the WCSO's participation in the show.

County Judge Bill Gravell said he was in favor of the show, even if it showed parts of government that did not need to be seen.

Gravell added he would only like the county to participate in the live footage portion of the show and not allow extra recordings to be done on non-live show nights.

Williamson County has been on "Live PD" for three seasons.

Long said the previous contract expired in July 2018. The court will need to approve a new contract.
SHARE THIS STORY