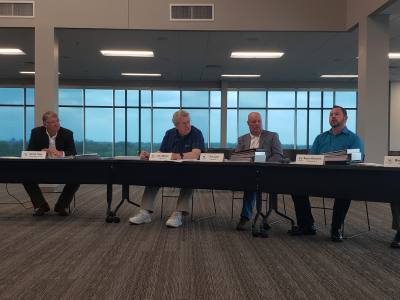 Jarrell Mayor Larry Bush asked members of the Williamson County Citizens Bond Committee to consider several road projects to help prepare for rapid population growth in the city during a May 30 meeting.

“[The city of Jarrell] is now dealing with the Central Texas corridor growth that we are all dealing with,” Bush said.

Jarrell has requested road bond projects that would help move drivers from west to east of the city. Jarrell stands to grow by the thousands as more people move to Central Texas and more homes are put on the nearby municipal utility district, Bush said.

The Sonterra MUD is planning to add 7,000 homes to the area over the next four years, he said.

Jarrell is also asking for help in extending CR 310 to CR 239 and extending CR 314 to circle north and connect to the CR 305 bridge and I-35, among other projects.

Bush said while the city would like to do these projects itself, Jarrell is currently putting all of its money toward increasing the capacity of the wastewater treatment plant.

The city of Georgetown and Williamson County also presented projects they would like to be considered in potential bond packages.

The bond committee is made up of nine members who were tasked with hearing road and park requests from cities, school districts and municipal utility districts across the county. The committee will make a recommendation to county commissioners by July 4 on whether a bond election should be called and, if so, which projects should be included.


Other projects presented for Precinct 3: