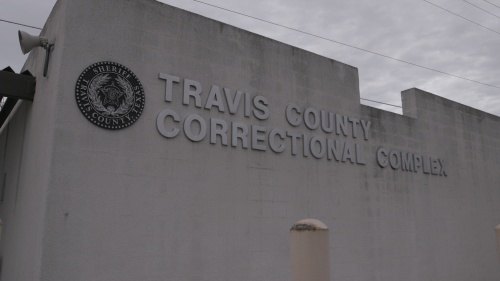 Travis County commissioners approved an agreement with Hays County to house some of Hays County's inmates temporarily at an Aug. 27 meeting.

In an effort to cut costs in advance of the property tax revenue cap taking effect next year, Travis County commissioners have redoubled their efforts to recover costs for services the county provides.

Doing so, however, has not been easy for commissioners or county residents.

"We're developing a habit for full-cost recovery," County Judge Sarah Eckhardt said at an Aug. 27 meeting of the Commissioners Court.

In developing that habit, she added, commissioners will have to refine their tolerances and priorities.

After voting unanimously to raise the price of bulk water from $0.25 per 100 gallons to $12.28 per 100 gallons—in keeping with the cost of providing the service—at an Aug. 13 meeting, commissioners heard from residents who were affected by the decision.

Some live in subdivisions such as Los Lomitas, in southeast Travis County, that were built without water lines.

"I couldn't sleep the first night after getting this [news]," Travis County resident Antonio Sanchez said through an interpreter at an Aug. 27 Commissioners Court meeting.

Sanchez said his family uses between 900 and 1,200 gallons a week, which is sourced from a bulk water filling station near Hwy. 183 and the Colorado River, and he cannot afford the new price.

"Water is necessary for survival," Sanchez said. "It's not a luxury item that we're trying to obtain."

Rose Vargas, another Travis County resident, raised similar concerns. Through an interpreter, she said her family uses around 2,000 gallons a week, in part to care for cattle and other animals on their land.

"I'm willing to negotiate the price, and I know it shouldn't be free, but from $5 to $250 [a week] seems insurmountable," Vargas said.

Eckhardt directed concerned residents to speak to members of the transportation and natural resources department in the hope of finding a solution.

The Travis County Sheriff's Office worked with Hays County to develop an agreement that will incur no costs for Travis County.

In an Aug. 9 letter to commissioners, Travis County Sheriff Sally Hernandez said there are empty units available to house overflow inmates. Hays County, per the agreement, will provide transportation and any non-routine or off-site health care services.

Travis County will receive a flat daily amount to cover the costs of housing up to 50 inmates.

"We are running a jail, whether we help our neighbors to the south out or not," said TCSO Major Wes Priddy, urging commissioners to sign off on a lower cost for Hays County.

During Austin's boil-water notice last October, Hays County was "there for us," Priddy said, and provided a clean water supply for the Travis County jail.

"Good neighbors don't count every cup of sugar," Eckhardt said, but she added that the county should be "clear-eyed" about the costs of reopening a jail unit that has been out of operation.

Ultimately, commissioners voted unanimously to sign off on the agreement at a daily rate of $3,500—or $70 per inmate per day—with a plan to reconsider it in five months.

A third cost-recovery agenda item came up at the Aug. 27 meeting: updating a contract between the county and the SAFE Alliance—a local nonprofit that works with survivors of child abuse, sexual assault, trafficking and domestic violence—to provide security services at a new facility.

County staff, including the Precinct 5 constable, recommended charging SAFE only for the direct costs, which diverges from the county's transition to a full cost-recovery model.

Commissioners settled on a contract in between the two extremes, worth about $214,000, that covered direct costs and some indirect ones.

Commissioner Gerald Daugherty, who represents Precinct 3, reiterated a common refrain of his, that in light of the revenue cap the court will have to make hard decisions—and make clear their reasons for doing so.

"It's sending a message that we're being a little inconsistent," he said about the court's votes Aug. 27. "Either you've got a neighbor south that needs your help or you've got a nonprofit. ... It looks a little ad hoc-ish."