The Bell Boulevard Redevelopment Project will transform a section of southern Bell into a mixed-use, pedestrian-friendly neighborhood. (Rendering courtesy city of Cedar Park)

Bell Park is part of the Bell Boulevard Redevelopment project, to which city council approved a master development agreement in February.

The 15-acre park will be built along Cluck Creek within Bell District and be comprised of two areas. The first will be a passive, naturalistic area with trails and will serve as a buffer between the development and the single-family neighborhood, said Cedar Park Assistant City Manager Katherine Woerner Caffrey. The second will be more of an active space with access to the creek, she added. 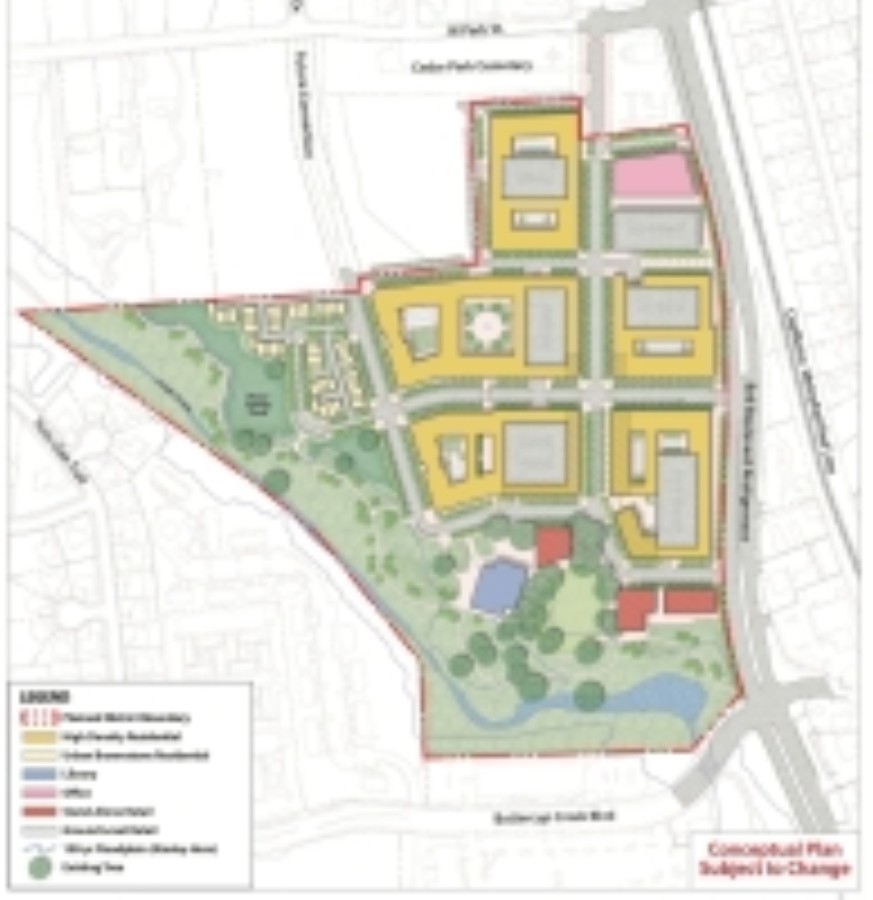 Caffrey said at the moment, the parkland is completely undeveloped and inaccessible.

McCann Adams Studio is a multi-disciplinary firm of architects including landscape architects, urban designers and planners, said Jim Adams, president of McCann Adams Studio. The studio has also worked on the Mueller Park in Austin and the ballpark district in San Diego, California.
RELATED STORIES

“Bell Park, in combination with the adjacent district and social hub, can have a wide variety of experiences from interactive places for children and families, urban promenades lined with shops or restaurants, [and] naturalistic areas with trails that remove you from the hustle and bustle of daily life,” Adams said.

The cost for the design was set to not exceed $349,260, according to the agenda item. Property for the project has already been acquired by the city, which used 4B Community Development Sales Tax Corporation funding.
Cedar Park Cedar Park City Council Bell Boulevard Bell Park
SHARE THIS STORY