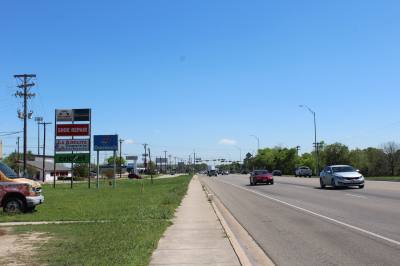 The cityu2019s Bell Boulevard project plans to transform the area along Bell, between Buttercup Creek Boulevard and Park Street, into a mixed-use development featuring shopping, dining, offices, housing and more.

The city began its procurement process in May 2018, and finalists submitted proposals for the project later that year. A committee of city staff and council members scored the finalists, ultimately recommending RedLeaf Properties, an Austin-based commercial real-estate firm, to take on this role.

“We’re looking to transform the underutilized and aging real estate that [the Bell Boulevard district] is today into a dynamic project that will realize the community’s vision,” said Matt Whelan, RedLeaf founder and principal, during a presentation at the Jan. 10 city council meeting.

The district includes approximately 20 acres of city-owned property and 12 acres of parkland also owned by the city. The proposal from RedLeaf included a recommendation to locate the city’s 2015 bond-approved library within the park area.

“We thought [the library] would be a really exciting opportunity to create something that can be used for unique programming as well as the connectivity between the park and the district,” said RedLeaf partner Rob Shands during the meeting. “We believe the library could be a special community asset to reinforce the civic role and appeal of the district.”

Although the library was included in the proposal, this does not guarantee it will be in the final project. Negotiations between the city and RedLeaf are expected to last throughout the year, according to Assistant City Manager Katherine Caffrey.
SHARE THIS STORY

Here are five Christmas events happening this weekend in Cedar Park and Leander.