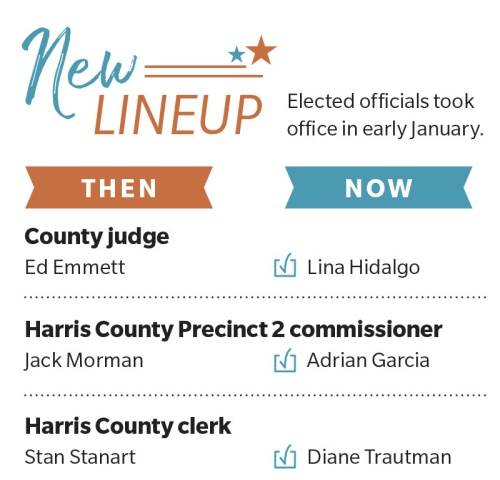 What we reported
On Nov. 6, Democrats won control of Harris County Commissioners Court and other key county positions. Notably County Judge Ed Emmett was defeated by Democratic challenger Lina Hidalgo. The election had the highest overall voter turnout for a midterm in Harris County and was the last major Texas election that offered straight-ticket voting.