Round Rock, Pflugerville may have to reimburse TxDOT if frontage road is completed along SH 45 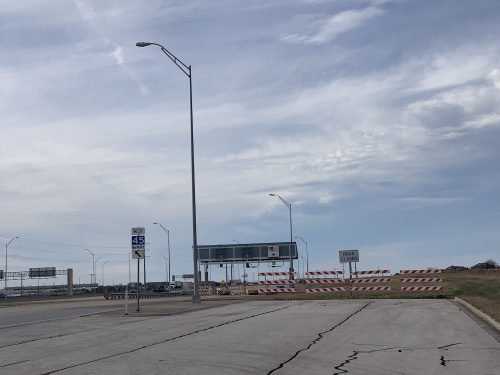 Round Rock City Council will vote Jan. 10 on whether or not to provide funding for a study which represents the next step in the process to fill in the gap on the SH 45 frontage road between Donnell Drive and Heatherwilde Boulevard.

UPDATE: Round Rock City Council voted unanimously Jan. 10 to provide funding for a traffic and revenue study to be conducted by the Texas Department of Transportation in connection to the SH 45 frontage road project.

The results of the study could determine whether the project moves forward.

ORIGINAL STORY: Round Rock City Council will vote Jan. 10 on whether to provide funding for a study which represents the next step in the process to fill in the gap on the SH 45 frontage road between Heatherwilde Boulevard and Donnell Drive.

Currently, the abrupt dead end forces traffic on to westbound SH 45 with the next exit at A.W. Grimes Boulevard. The lack of a frontage road makes access to neighborhoods along SH 45 more difficult, costing drivers more time and money. East bound, drivers have to enter SH 45 briefly from Donnell to exit at Heatherwilde.

The total cost of the study—just over $61,000—would be split with the city of Pflugerville, according to Gary Hudder, director of transportation for the city of Round Rock. Hudder said the study would be conducted on behalf of the Texas Department of Transportation, which manages the roadway, and would determine the potential revenue impact the project could have on the toll road.

“The way the toll structure is set up is they have bond holders that fund toll projects and then the way they get reimbursed on those bonds is through revenues that the toll system generates,” Hudder said. “Whenever there is something this significant that could impact that revenue stream they are obligated to do a revenue study.”

Hudder said the study will identify any potential revenue impact to the main lanes of the toll road.

If the study indicates a negative revenue impact to the toll road, Hudder said that TxDOT could prevent Round Rock and Pflugerville from carrying out the project unless a plan is put in place to reimburse the lost toll funds.

“It could not happen,” Hudder said. “More than likely, after we get through this entire process with them, Round Rock and the city of Pflugerville will have a decision to make of how much it is going to cost to make the connection which would include full design, construction... as well as potential revenue impacts that we would be obligated to take care of.”

Although the outcome of the study has the potential to sideline the project, Hudder said he is optimistic that it will move forward.

“...The outcome [of the study] probably is going to be that [TxDOT] will determine that we can move forward but at what cost,” Hudder said. “It will be an economic decision at that point.”

“I am hopeful that by the end of this calendar year we will be through the TxDOT toll process and have pretty clear direction as to whether we want to move forward or not,” Hudder said.

Should the project move forward, the cities of Round Rock and Pflugerville will be responsible for funding the frontage roadway improvements.