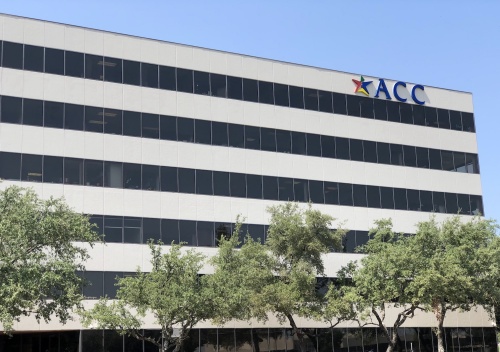 The Austin Community College Board of Trustees held a public hearing on Thursday, Aug. 23 on a proposed property tax rate increase.

In November 2014, voters within the Austin Community College District passed a $386 million bond to fund improvements at campuses across the district.

The bond was funded by taxpayers, and ACC raised its property tax rates in 2015 and 2017. This year, the district has proposed another tax rate increase to fund the remaining debt issued.

“We actually projected in 2014 to voters that with the adoption of the bond program, our tax rate could get as high as 11.5 cents (per $100 of valuation). We’ve actually stayed well under what we had conveyed to the voters back then. You’re just now seeing the impact of what the voters approved in 2014,” Vickers said.

Coupled with an increase in property valuations, ACC would bring in 11.8 percent more than last year in tax revenues should the board approve the proposed tax rate increase. The median home price in the district is $336,361, according to ACC. A property owner of a median-priced home would pay $352.51 in taxes to the district after the rate increase. Last year, the median homeowner paid $318.81 to ACC.

The ACC Board of Trustees must hold two public hearings on the tax rate before the board votes on an increase to the rate. The first public hearing was held on Thursday. The final hearing will be held on Monday at ACC’s Highland Business Center at 12 p.m.

Mark Bofferding, a retired tax professional who lives in Leander, was the only member of the public to speak. He urged the board to scale back the tax rate increase.

“You as a trustee have a fiduciary responsibility, and it’s apparent it may not be taken seriously,” Bofferding said.

Since the bond was issued in November 2014, ACC has opened new services at its Elgin, Hays, Round Rock and San Gabriel campuses; Phase one of the Highland campus renovation project is complete and phase two is underway; The Rio Grande campus renovations are under construction; The district has purchased land for a regional workforce center in southeast Travis County and funded renovations and upgrades across its existing campuses.