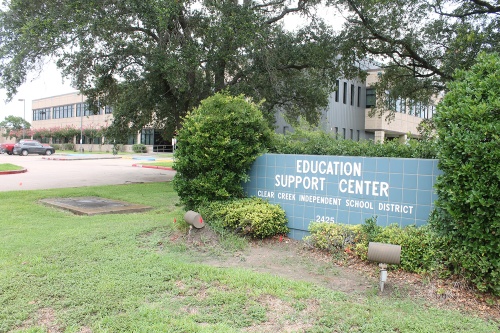 Clear Creek ISD received an A grade from the Texas Education Agency, which on Wednesday released its annual school district and campus accountability ratings.

The district earned A's in student achievement and closing performance gaps and a B in school progress, earning the district its overall A grade.

Student achievement measures how much students know at the end of a school year. Closing performing gaps looks at how well populations of students are performing. School progress shows how students are growing and how that growth compares to similar schools.

Despite the high ratings, the CCISD board of trustees and Superintendent Greg Smith in a press release called on the state legislature to follow their lead and create a comprehensive community-based accountability system that measures learning beyond the State of Texas Assessment of Academic Readiness exam.

CCISD for the past four years has published a community-based accountability report that measures the district’s performance in areas the public has deemed as characteristics of a quality education system, according to the release.

“We asked, ‘What would you grade us on?’ and they told us, 'The quality of the teaching staff, the strength of curriculum and courses offered, the level of student engagement in the arts and athletics, high performance on college entrance exams, and career readiness,'” Smith said in the release. “STAAR scores were ranked last on the list, which is why we will utilize the data, regardless of the high grade by the Texas Education Agency, as just a part of our overall portrait of performance.”

This was the first time the TEA used an A-F scale to rate Texas school districts. Districts and schools will both be graded on the A-F scale in August 2019.

School boards across Texas, including CCISD's, claim the new system is more of a reflection of the socio-economics of a district than a true measure of how well students are learning and performing, according to the release.

“Our board feels strongly that the A-F rating system further stigmatizes a community, shames students based on their ZIP code, and fails to honor the work of educators in hard-to-teach areas of our state,” CCISD Board President Page Rander said. “Texas can do better by its communities.”