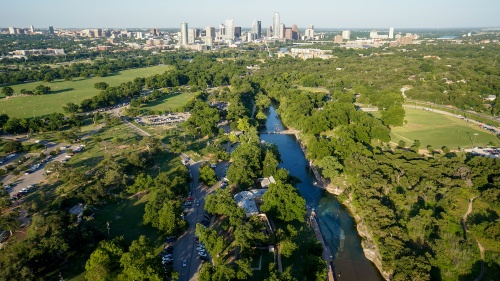 After more than five years and $8.5 million spent, Austin Mayor Steve Adler has proposed ending CodeNEXT—the city’s project to rewrite its land development code—due to what he considered a “poisoned” process.

Adler suggested dropping CodeNEXT in a message board post Wednesday afternoon addressed to the rest of City Council. Adler voiced concern that hyperbole and misinformation have infected public sentiment on a project originally meant to bring the city closer together.

“Is the current process so poisoned that we need a new and different approach that encourages openness, discussion and finding truth, rather than the…fear-mongering and divisive rhetoric we have seen?” Adler wrote.

CodeNEXT began following a recommendation from Imagine Austin—the city’s 30-year comprehensive plan—that the land development code was outdated and complicated and needed revision in order for Austin to manage its unprecedented population growth.

The project has since drawn sharp political lines through Austin, resulting in heated debates between those who believe adding housing density would ruin existing neighborhood character and those who say Austin’s neighborhoods need additional housing density to decrease real estate pressure and allow the city to grow equitably.

The fate of the project had recently met rocky roads after roughly 31,000 residents signed a petition demanding residents, not City Council, make the final on decision on the implementation of CodeNEXT and all future comprehensive rewrites of the land development code. City Council disagreed and was successfully sued. Residents will now vote in November on whether they want such voting power over the code.

Adler said he was uncertain whether the current process would work and asked his City Council colleagues to consider ending the CodeNEXT project and seek an alternative measure from City Manager Spencer Cronk.

“We must get this right and I continue to believe we can,” Adler concluded. “We must deliver for our constituents and our city’s future.”