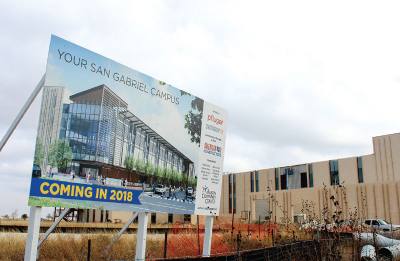 The Leander campus of Austin Community College is underway between Toll 183A and Mel Mathis Boulevard.

What we reported: Two major projects have been underway in Leander’s transit-oriented development, or TOD, district, which was created by city leaders to encourage pedestrian-friendly developments. Austin Community College’s San Gabriel Campus has been under construction since 2016 between Toll 183A and Mel Mathis Boulevard, and St. David’s HealthCare officially broke ground on a free-standing emergency department in May 2017 at Toll 183A and San Gabriel Parkway.

What’s next: ACC’s Leander location is scheduled to open for the fall 2018 semester. Construction is expected to be complete in mid-April, ACC spokesperson Jessica Vess said. The campus will cater to general studies and includes a combination of traditional classrooms and hybrid classrooms, or ones with desks and computers, as well as labs for chemistry and biology. The campus will have a 175-seat ACCelerator lab, a library, an outdoor rooftop terrace and community space. According to a press release from St. David’s, the health care system expects to expand its free-standing emergency department into a full-service hospital in a future phase.