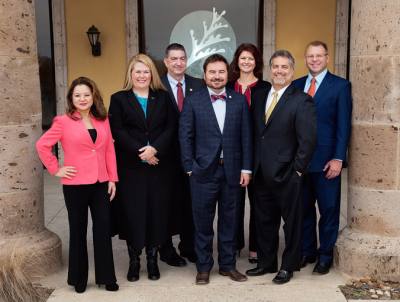 Cedar Park City Council members met Thursday for the regularly scheduled meeting to discuss and take action on various agenda items. All council members were present for the first meeting of 2018.

Here are four takeaways from the Jan. 11 meeting:

The City Council held a first reading and public hearing Thursday for calling a special election in May that could redirect a portion of sales tax revenue from one of its economic development boards to fund drainage and street repairs in the city.

According to the agenda packet, the election could redirect one-eighth of 1 cent from the Economic Development Sales Tax Corporation, or 4A Board. Assistant City Manager Sam Roberts said the funds would be used to pay for a city stormwater maintenance department, drainage infrastructure and street repairs and state and federal compliance.

The Council also held a first reading and public hearing calling another special election to amend the city’s charter, or the document that defines how the city is governed. The proposed ordinance has 21 propositions for consideration.

Appointed municipal officers and candidates running for office in Cedar Park will now be required to submit personal financial disclosures.

Chapter 145 of the Texas Local Government Code requires the disclosures for municipalities for a population of greater than 100,000. However, the council may pre-emptively adopt the requirements.

The council unanimously approved a personal financial disclosure ordinance Thursday. Filing deadlines for both municipal officers and candidates was set for March 1.

The City Council authorized the city manager to enter into an agreement with artist Daniel Borup for $72,000 to commission a public safety statue in front of the Cedar Park Police Department. The statue is meant to honor those who have served in the city as public safety professionals, and it will serve as a memorial to those that have been killed in the line of duty.

The City Council authorized an agreement for construction repairs to the city’s ground and elevated water storage tanks in an amount not to exceed $144,000. In a May 2017 report, several routine repairs and maintenance items were identified, and city staff recommended Champion Coatings Inc. as the contractor for the project.