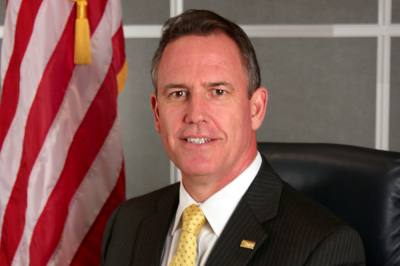 CISD Superintendent Don Stockton ends his tenure in the district on June 1.

As of Jan. 8, Conroe ISD is accepting applications for a new superintendent. Superintendent Don Stockton, retires from his post on  June 1 after 15 years at the position. Stockton announced his retirement from Conroe ISD in August during the district’s Celebrate Our Schools Assembly after 32 years with the district.

The application period opened on Monday and interested individuals can apply for the position until 5 p.m. Jan. 28. Prospects can submit the application—along with a resume and other required documentation—via email, mail or in-person delivery, according to the job posting.

According to the posting, job requirements include a doctorate degree in educational administration from an accredited university, a valid Texas Superintendent Certificate and five years of leadership in school administration. Job preferences include three to five years of central office experience in a Texas school district of 15,000 students or more.

“I have been blessed to be a part of Conroe ISD for the past 32 years,” Stockton said of his retirement. “I am thankful for my colleagues and the wonderful students and supportive communities that make-up the Conroe ISD family.”

Candidate interviews will take place between Feb. 6-March 9, and the board of trustees will name lone finalist on March 20 before the new superintendent is named on April 17, according to CISD's website. The new superintendent's first day will be June 4. For more information on the position and its responsibilities, click here.
SHARE THIS STORY