UPS to build new package distribution facility in Round Rock 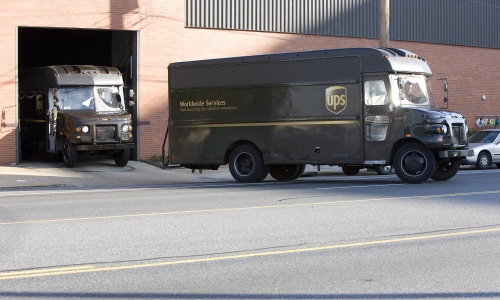 UPS will build a new package distribution and warehouse facility in Round Rock following an economic development deal approved by City Council May 12.

UPS will build a new package distribution and warehouse facility in Round Rock following an economic development deal approved by City Council May 12.

The council approved an economic development agreement with United Parcel Service Inc., otherwise known as UPS, to open a warehouse and distribution facility as well as hire at least 314 full-time equivalent employees.

The agreement states UPS will purchase approximately 50 acres of land and invest at least $70 million in facility improvements and personal property. According to a release from UPS, the package processing facility will include automated sorting systems and will house approximately 300 UPS delivery vehicles. The Round Rock building is expected to open at the end of 2018.

“UPS is focused on helping our customers in Texas and around the world solve their logistics problems,” said Craig Wiltz, president of UPS’s Red River District, in a statement. “This new facility in Round Rock will provide additional pickup and delivery service to UPS customers throughout the area so they can focus on growing their business.”

The release states the facility’s team will provide pickup and delivery services to UPS customers in the greater Austin area. In 2014, UPS also announced two new distribution facilities in the Dallas/Fort Worth area and the expansion of its distribution and sorting facility in San Antonio earlier this month, according to the statement.
SHARE THIS STORY