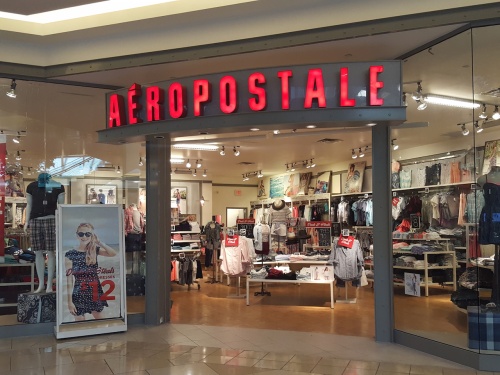 Fashion retailer Aeropostale announced it has filed for Chapter 11 bankruptcy and will be closing its store in the Shops at Willow Bend.

Fashion retailer Aeropostale announced May 4 that it has filed for Chapter 11 bankruptcy and plans to close 113 U.S. stores and all of its 41 stores in Canada. The clothing store announced that it will also be closing its location in the Shops at Willow Bend in Plano, pending a federal bankruptcy judge's approval, according to a court filing. Its store in Collin Creek Mall will remain open.

The retailer said it intends to emerge from the Chapter 11 process within the next six months as a standalone enterprise with a smaller store base. Closings are expected to begin in the U.S. May 7-8. The manager of the Shops at Willow Bend store did not know what day it would be closing at the time of this posting.

"We have chosen to take more decisive and aggressive action to create a leaner, more efficient business that is well-positioned to compete and succeed in today's retail environment," Chief Executive Officer Julian Geiger said in a news release. "We appreciate the loyalty and support of our customers, employees and business partners as we complete this process."

The company has 739 stores in all 50 states and Puerto Rico, 41 stores in Canada and 25 P.S. from Aeropostale stores in 12 states. For more information, visit www.aeropostale.com or www.arorestructuring.com.
SHARE THIS STORY