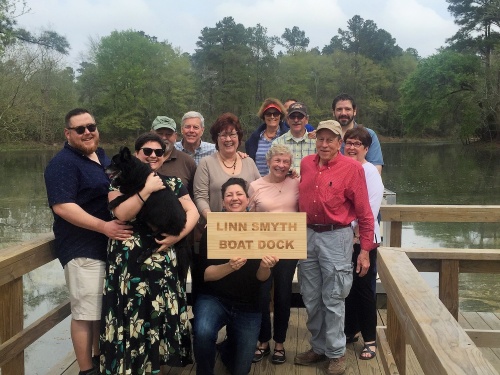 Smyth was instrumental in the creation of the Kickerillo-Mischer Preserve. After discovering that Compaq Computer Corp. was considering selling the land across Hwy. 249 from its Houston campus in 2000, Smyth introduced the idea of building a park on that land to Compaq executives, according to the proclamation.

Following Hewlett-Packard's purchase of Compaq in 2002, she re-introduced the park concept before convincing HP in 2004 to require any buyer of Vintage Park property to donate some land for the park.