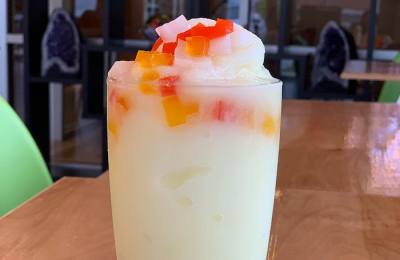 Show map
Officials with Boba Bear Teahouse, which opened in April at 16241 Mueschke Road, Cypress, said they are planning a grand opening celebration for the new business from 1-5 p.m. on June 22. The celebration will include a bounce house, balloons, a dunk tank and photo booth, and Operations Manager Tali Appleby said she also plans to debut new food options for attendees to sample.

Since opening, several new drinks have already been added to the menu, Appleby said, including horchata milk tea, honeydew milk tea and a pina colada flavored smoothie drink with rainbow jelly. Other new drinks include one made with macha milk tea and crystal boba as well as the Mango Lava—made with chili powder popping boba and mango smoothie, topped with chamoy.

Correction: An earlier version of this article incorrectly identified Tali Appleby as the owner of Boba Bear Teahouse. She is the Operations Manager.
SHARE THIS STORY