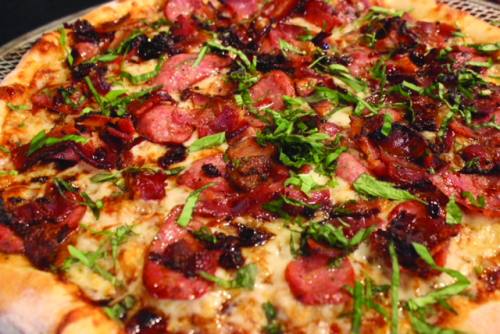 Show map
Daniel Saccone, the founder and owner of Saccone's Pizza & Subs in Leander, placed 15th in the annual Trofeo Caputo—translated as "pizza trophy"—world championship competition, according to a restaurant press release.

The competition, held in September in Naples, Italy, invited more than 600 pizza makers from around the world.

Saccone's pie placed 15th out of 30 chefs in the American Pizza Division. He loaned dough, pizza and sauce to a friend and fellow pizza maker from Houston, RC Gallegos from RC's Pizza in Houston, whose batch was ruined during the flight to Italy, according to the release. Using Saccone's ingredients, Gallegos placed eighth.