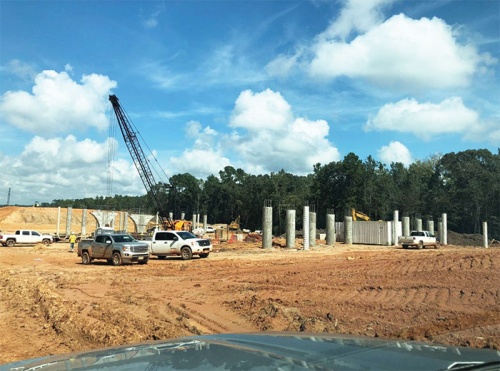 The Texas Department of Transportation is working to construct Segment 1 of Hwy. 249 in the Magnolia area.

What we reported: Construction is ongoing for three of the four segments of the Hwy. 249 extension from FM 2920 in Tomball to Hwy. 105 in Navasota. The Harris and Montgomery county toll road authorities are working with the Texas Department of Transportation on the project.

The latest: In Harris County, Phase 2 of the Tomball Tollway—the $99 million tolled extension of Hwy. 249 from FM 2920 to Spring Creek—is anticipated to open to drivers this December, according to Harris County Toll Road Authority officials. The opening of Montgomery County’s 3.7-mile portion of the tollway will follow in early 2020, estimated to total $63 million in construction. TxDOT’s tolled Segment 1 from FM 1774 in Pinehurst to FM 1774 in Todd Mission is on track for a spring 2021 opening. The two-part Segment 1 is estimated to cost $347 million to construct, according to TxDOT information. Land clearing for the final project segment, TxDOT’s Segment 2, began in November, TxDOT officials said. Segment 2 is a 10-mile, two-lane, $173 million nontolled highway from FM 1774 in Todd Mission to Hwy. 105 in Navasota that is projected to open in summer 2022.
SHARE THIS STORY