Magnolia ISD staff will have a new day care option at the beginning of the next school year, trustees decided March 16. (Dylan Sherman/Community Impact Newspaper)

Teachers and staff in Magnolia ISD with young children can look forward to a cheaper and more convenient day care option that was approved March 16 by the MISD board of trustees.

The day care facility is proposed to be built at the Magnolia Parkway Elementary campus, according to district information.

Assistant Superintendent for Administration Jason Bullock presented the idea to the board as a way the school district can provide more benefits to its employees.

“One of the topics we have looked at is the idea of extending day care for our employees,” he said during the meeting. “It will give us an opportunity to do something not a lot of other school districts are doing.”

Communications Director Denise Meyers said a survey sent out to staff found that of the 480 respondents, 136 have children. 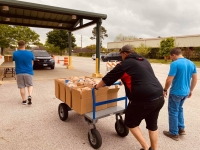 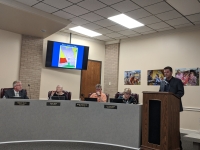 The majority of responses to the survey showed staff would use the facility, depending on cost and location, Meyers said.

Executive Director of Facilities Tim Bruner said the budget for the project is roughly $1 million.

The capacity for the day care will be approximately 100 students, Bruner said, and the district hopes to have the facility complete by Aug. 15 to be in operation for the next school year.

Some of the board members shared concerns about meeting capacity at the day care; however, Bruner said the facility is being designed to expand based on demand.

“If we have to grow it, that means it's working,” trustee Joe Duncan said.

Assistant Superintendent for Operations Erich Morris said the district has the funding in place to build the facility.

“We have the money available,” he said. “I can’t think of a better use for the money.”

The price for teachers to use the service has not yet been confirmed, but Morris said it will likely be about $100 to $150 per month. District officials did not provide details as to when staff might be able to register their children for the new program or what ages might be eligible to attend the day care facility.

Morris said he believes this is a good way to retain teachers as well as helping the district be more competitive in attracting new teachers. 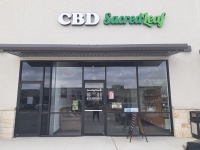