The commission will consider a rezoning request from David Weekley Homes for a 50-home neighborhood, Pine Trails, to be located near Brown and Quinn roads. (Adriana Rezal/Community Impact Newspaper) 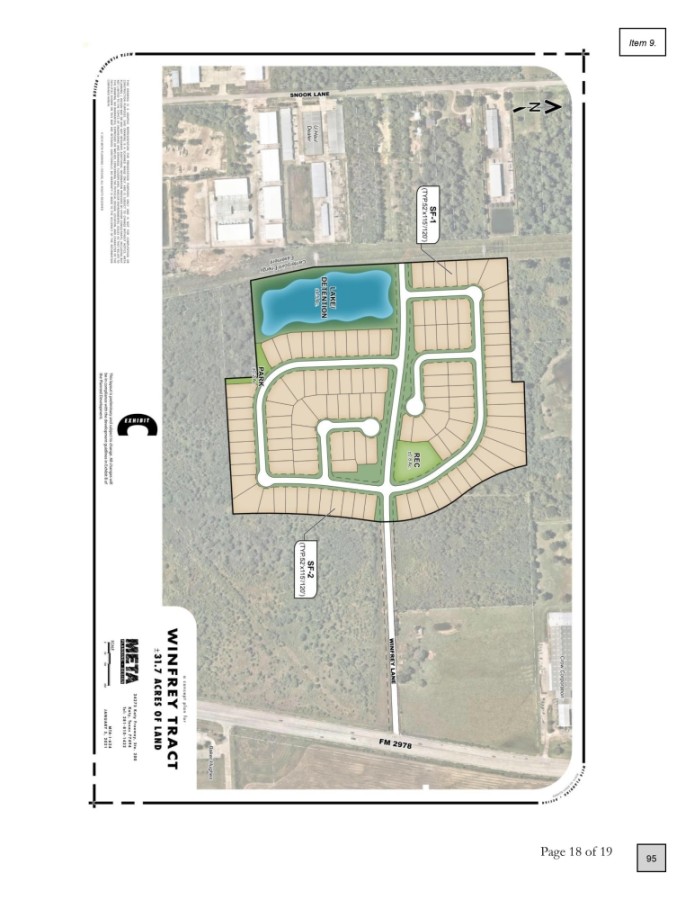 The Tomball Planning and Zoning Commission is expected to consider rezoning requests Feb. 8 for two proposed developments, including an age-restricted community and a 50-home neighborhood, according to meeting information.

The age-restricted community, which would be located between FM 2978 and Snook Lane at the northwest corner of FM 2978 and FM 2920, would include up to 130 lots each having a minimum lot width of 45 feet, according to meeting information.

Additionally, the commission will consider a rezoning request from David Weekley Homes for a 50-home neighborhood, Pine Trails, to be located near Brown and Quinn roads.

According to the city's code of ordinances, "a planned development district may be used to permit new or innovative concepts in land utilization not permitted by other zoning districts ... to ensure the compatibility of land uses, and to allow for the adjustment of changing demands to meet the current needs of the community."

The single-family estate district requires at least 20,000-square-foot lots, as per city ordinances. 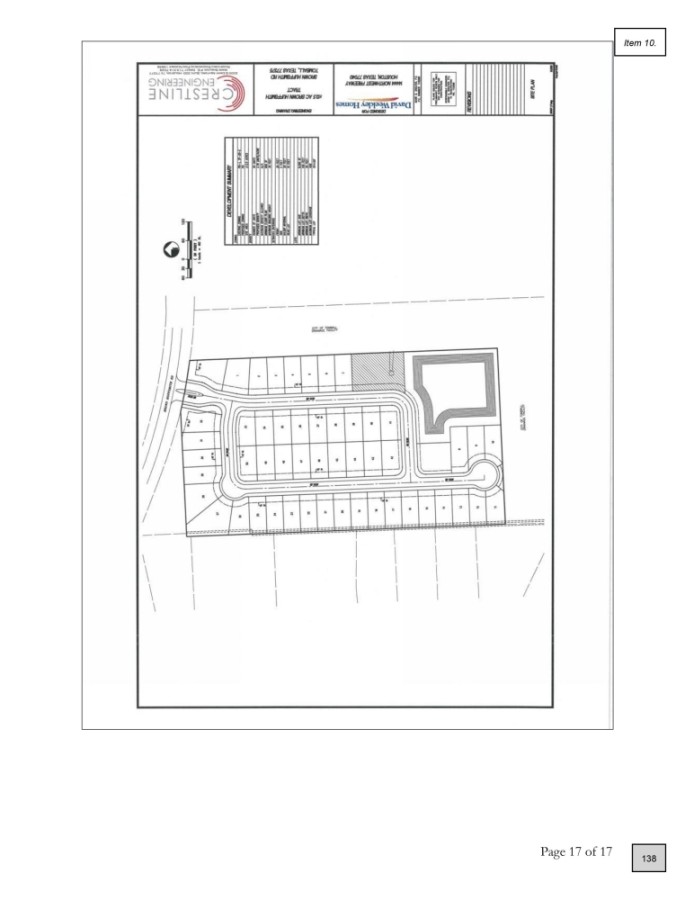 City Council members had previously taken no action in December on approving a zoning request to change the property to the single-family 6 district, which allows for a minimum of 6,000-square-foot lots. According to Feb. 8 meeting information, planned development regulations entail the lots in Pine Trails must be at least 6,500 square feet with a minimum width of 55 feet and a minimum home square footage of 1,600 square feet.

"We believe that this development will allow David Weekley Homes to deliver an upscale new home community that will not only benefit those residents that purchase homes in the community but contribute to the city of Tomball's continued success," Black wrote.

"Fifty years is a long time for 13.4 acres to remain untouched in the city limits of Tomball. Liberty Springs was developed around 1980, and their residents have enjoyed 40 years of our raw land adjacent to their neighborhood," Lorel Hohl wrote. "I don’t think it is reasonable for the neighboring owners to expect it to stay the same or for it to strictly adhere to their idea of how it should be developed. ... Tomball is a wonderful city to live in, as it has been for the Hohl family for nearly 100 years. We are happy to think that Carolyn’s property could be used for 50 more families to call Tomball their home."

Roy Hohl and his father worked at the Hohl Motor Co. on Main Street in Tomball, which later became Tomball Ford, according to a Feb. 4 letter from Joe and Ellen Hohl Stutts, daughter of Roy and Carolyn Hohl.

The agenda item has garnered nearly 20 comments as of early February, both in support and opposition of the Pine Trails neighborhood.

"I would like to voice my objection and opinion on the new construction David Weekly is proposing to be built along Brown-Hufsmith. Enough is enough. Tomball has so much more to offer than more houses besides the fact that the construction of more homes would increase traffic congestion, more children will be added to school rolls with those schools close to or already at capacity," wrote Rhondee Damon, a homeowner on Hospital Street, on Feb. 4.