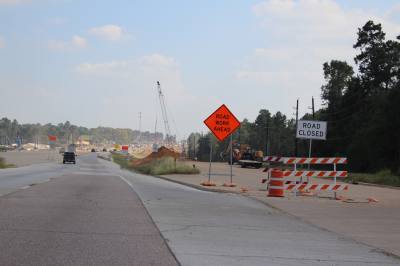 HCTRA is working to extend the tolled portion of Hwy. 249 between Spring Creek at the Harris-Montgomery county line and FM 2920 in Tomball. The project is estimated to be complete in 2019.

According to a statement, drivers can expect to see crews clearing land along the Hwy. 249 route in the Greater Magnolia area over the next few months, which includes removing trees, stumps and other obstacles. Once land is cleared along the highway's right of way, crews will break ground on the project and begin leveling the land for the highway.

The Hwy. 249 project extends the Tomball Tollway—the existing tolled portion of Hwy. 249—from FM 2920 in Tomball north to Hwy. 105. The Harris County Toll Road Authority began work in February on the stretch of Hwy. 249 between FM 2920 and Spring Creek in Tomball. HCTRA's work—which includes adding feeder roads, reconstructing the bridge over Spring Creek and adding right turn lanes at cross streets—is expected to wrap up in late 2019 with parts of the project opening in summer 2018, HCTRA officials said.

Similar to the Harris County portion of the project, the Hwy. 249 extension project in Montgomery County includes constructing the roadway, on- and off-ramps as needed, detention ponds and intermittent frontage roads.

Phase 1 of the Tomball Tollway—from Northpointe Boulevard to FM 2920 in Tomball—opened to drivers in April 2015.

As construction begins in Montgomery County, community members can learn more about the Hwy. 249 extension project by calling the Hwy. 249 hotline at 866-897-4249, visiting www.txsh249.com or emailing [email protected]
SHARE THIS STORY