Judge Wayne L. Mack: From janitor to justice of the peace 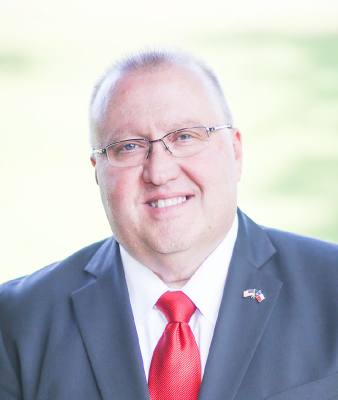 Judge Wayne Mack began working for Montgomery County as a janitor in 1986. Over the past 30 years, he climbed the ranks and was elected Precinct 1 justice of the peace in 2014.

Originally from Wisconsin, Mack attended Jackson College of Ministries, before moving to Texas in 1985 to take an unpaid internship working with the youth department of a church. To support himself, Mack said he took a job as a night custodian for Montgomery County, and over the years, he was promoted to foreman, supervisor, assistant director and director of building custodial services.

“I always tell people my memoir is going to be called, ‘From Janitor to Judge and all the mess I cleaned up along the way,’” Mack said. “The highest honor that any community can give an elected person is their trust, and I consider it a huge honor for me to be in this position of public service.”

During that time, Mack also attended and graduated from the Lone Star Community College Police Academy and began working for the Precinct 1 constable’s office, where he was promoted to captain of the reserve division. He then worked for the Conroe Police Department for 10 years, where he served as the reserve unit commander sargent until he took the bench on May 1, 2014.

“I had been asked for almost 20 years to seek public office,” Mack said. “But for 20 years, the only office I was interested in serving in was justice of the peace because that’s the one position where you can literally make a different and help people every single day.”

As justice of the peace, Mack said he has presided over more than 30,000 criminal cases, 4,000 civil trials, performed more than 800 death inquests and officiated more than 300 weddings.

Mack said his favorite part of the job is working with juveniles and officiating weddings, while his least favorite is evicting families from their homes.

“It’s really sad, but as a judge, I’m not here to interpret the law; I’m here to apply the law,” Mack said. “And I apply the law fairly and with compassion.”

While he has been in office, he said the court’s criminal and civil caseloads continue to increase.

“In Texas, the Justice Court System isn’t the highest court in the land, but we are the highest-volume court,” he said. “The difference between district and justice courts is that they see hundreds of cases each year; we see thousands. So 90 percent of Texans that interact with the criminal justice system happens in a justice or municipal court.”

Mack said the one statistic that surprised him when he took office, even with a background in law enforcement, was the number of suicides that occur in Montgomery County.

“We’ve got to stop pretending that suicide doesn’t happen in our community,” Mack said. “The occurrence of suicides is a trend we’ve seen increase in our community—and some people argue that it’s because our population has increased—but in my opinion, if we as society accepts that as the norm—that’s wrong. One suicide in our community is too many.”

On the board for Montgomery County’s mental health court, Mack said he hopes to serve as an advocate to change how mental health is treated in Texas. The state ranks 48th nationwide in spending per capita on mental health, according to the Kaiser Family Foundation.

During his time in Montgomery County, Mack has also served on the boards of more than 15 nonprofits. He sits on the boards for New Danville, the Conroe New Lions Club and the Crisis Assistance Center.

“As a society, it takes a village, and the main part of a mentorship program is to be able to give hope to young people and say ‘Your circumstances don’t define your destiny; you do,’” he said. “Mentoring isn’t meant to replace parenting, it’s meant to complement it. Sometimes, young people need a hand up—not a handout, and mentors are able to do that.”

With a family motto of "Working every day to make a difference," Mack said he plans to continue striving for that sentiment whatever his role may be.

“I’ve spent my entire life in public service; there hasn’t been one night I’ve gone to bed not knowing that we’ve helped somebody and not one morning I woke up and couldn’t wait to get to work,” he said.
SHARE THIS STORY

With the project addition, the waterline will be redesigned and moved into the planned right-of-way lane to deter future roadway construction and make the line more accessible for repairs.