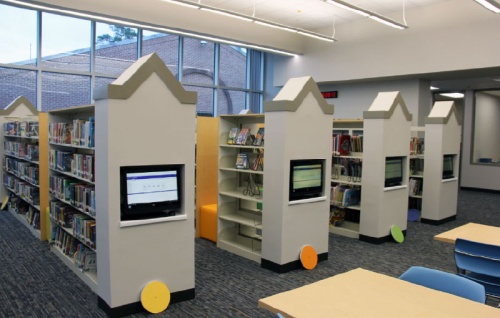 The Lower School Library made its debut this year at The John Cooper School in The Woodlands.

The private school announced the completion of its Lower School Library, which serves kindergarten through fifth-grade students. A cost for the project has not been announced. The 6,225-square-foot library began construction last September and now features projection technology, flexible furniture arrangements and a touch-screen card catalogue, Director of Marketing and Communications Deb Spiess said.

“For me, the opening of this year is highlighted by the fact that there is no construction equipment on campus,” Head of School Michael F. Maher said in a statement. “It’s the first time in 10 years that we haven’t had a construction project being completed.”

Additionally, the school also began the year with its highest enrollment yet, with 1,242 total students. Maher said the school had 175 students when it first opened 30 years ago.

“We are proud of our steady growth since our first opening day,” Maher said. “We are excited to begin this 30th year with 824 families that represent a broad spectrum of diversity and international cultures.”
SHARE THIS STORY