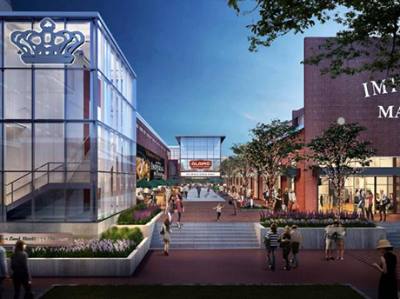 Originally announced as a major Imperial Market tenant in December 2015, the cinema’s groundbreaking was delayed as was construction on the overall mixed-use site.

Officials with Alamo Drafthouse shared updated plans for the theater during the meeting, including screen and seat count. The cinema will hold 10 screens and roughly 1,100 luxury seats—a decrease from the original estimate of 1,500 standard seats.

Although the seat count has decreased, the anticipated square footage of the overall project increased, City Planner Douglas Schomburg said. The footprint of the project will not change. However, 100 percent of the building’s top level will be used, instead of 70 percent as originally proposed.

Alamo Drafthouse officials anticipate the cinema will open by September 2019.

Another Alamo Drafthouse Cinema location is slated to open at LaCenterra at Cinco Ranch in Katy later this year.
SHARE THIS STORY