Drivers passing through four intersections along Sienna Parkway in Missouri City will see some roadwork happen in 2020 amid continued commercial and residential growth in the Sienna Plantation area.

Intersection improvements are proposed at Trammel-Fresno Road, Fort Bend Parkway Toll Road, Watts Plantation Road and Sienna Ranch Road, according to the city. This is necessary to alleviate high traffic volume along the major north and south corridor attributed to the general growth in the Sienna area, city officials said. Sienna Parkway is the main thoroughfare for the Sienna Plantation master-planned community.

“There is a lot of traffic there, so we are looking at improvements, including enhancements to signals and lanes,” said Shashi Kumar, public works director and city engineer, at the June 17 Missouri City City Council meeting.

Pepperoni’s owner Suzi Salti’s location is near Sienna Ranch Road. She said she would like to see Sienna Parkway have three lanes instead of two.

Since 2004, Sienna Plantation’s population has grown significantly. New subdivisions in the back of the community are actively adding homes, including Heritage Park, where 600 homes are planned over the next few years.

Residential real estate data company Metrostudy showed 560 home starts in Sienna Plantation in the first quarter of 2019, making it the top community in the Houston market. Future growth plans include 5,000 additional homes through 2027, according to demographic firm Population and Survey Analysts data.

The total cost of the project is about $5.24 million. Fort Bend County committed $2.02 million.

The city is partnering with the Sienna Plantation Management District, which will front Missouri City’s share of the cost; the interlocal agreement locks those funds in place, Snipes said.

“Last year we talked about mobility projects and the moneys we did not have to bring this to fruition,” he said. “The city has creatively partnered outside the walls of City Hall to make these things happen.” 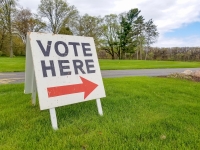 3 incumbent Fort Bend ISD trustees up for re-election, 1 challenger file for May 2 election

The filing deadline for this election is Feb. 14. 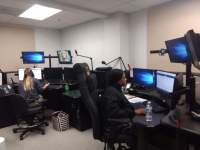 Fort Bend County Animal Services consistently operates at or over capacity and relies solely on community members to adopt, rescue and foster animals.

Live crawfish season, or the time of year when more crawfish are available, runs from around mid-January to early July. 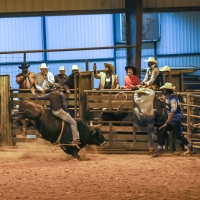 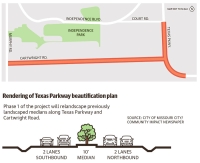 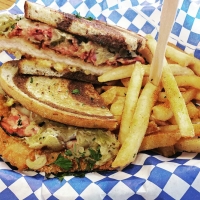 After five years as a food truck, The Sauer Kraut Grilled opened a brick-and-mortar store Jan. 9.