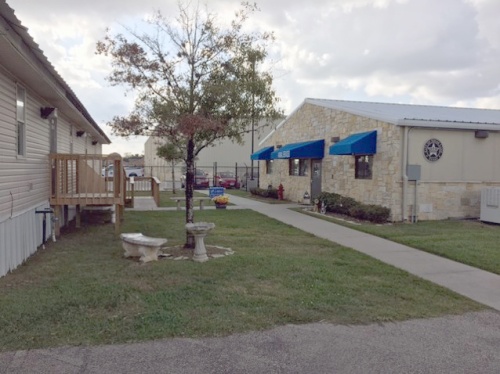 Some of Sugar Land’s furry citizens may be getting a new home.

Council members on Oct. 16 reviewed plan updates for a proposed expansion of the city’s animal shelter estimated to cost about $9 million.

The current shelter, the city’s first indoor animal shelter, was built in 2008 and is located at 101 Gillingham Lane at the Public Works Service Center site. The shelter houses about 100 cats and 50 dogs, Animal Services Manager Kathryn Ketchum said at the meeting.

While evaluating the 2015 Facility Master Plan it was identified that the current shelter building would not be big enough to accommodate Sugar Land’s expected population growth, according to documents provided to the council.

To give some relief, the city relocated a 2,400-square-foot building from Mayfield Park to the public works site in March 2017 to provide space for a veterinarian room, break room and managerial office. During the workshop Oct. 16, Ketchum; animal advisory board member Barbara Willy; Animal Arts’ Heather Lewis; and Stacie Henderson, the city’s interim director of Environmental and Neighborhood Services, provided an update on the project’s design and estimated cost for the proposed location on Hwy. 6 at the current police site.

“Why is it so much? Animal shelters are expensive buildings; they are open 24 hours a day, seven days a week, used by animals and by the public—they are used hard,” Lewis said. “We have the city’s best interest in mind, to make it efficient, good for the staff and low-maintenance.”

The new animal shelter is expected to grow to 17,000 square feet from its current footprint of 7,000 square feet, with the capacity to house 132 cats and 70 dogs. Features will include indoor and outdoor space as well as expanded laundry, food prep, storage and grooming spaces.

Following the presentation council proposed further discussion on the shelter’s capacity and funding.