Bond project progress, EMERGE partnership: What you need to know from Spring ISD's first State of the District meeting 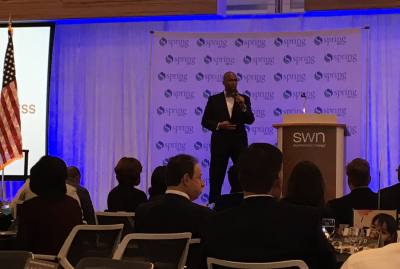 Spring ISD held its first State of the District meeting Wednesday morning at the Southwestern Energy building, located off I-45 South.

The event brought together members of the community, administrators, and state and local officials for a progress report on its five-year Every Child 2020 plan and progress on implementing the $330 million bond referendum passed by voters in 2016.

SISD Superintendent Rodney Watson led the audience of several hundred through a series of slides describing progress the district has made on its five-year plan to increase student performance, college readiness and to make other improvements in the district. The Every Child 2020 plan launched in 2015, making 2018 the halfway point and an opportunity to reflect on the plan's progress and look at the district's next goals, Watson said.


Watson announced the following new facilities funded by the 2016 bond referendum that are slated to open in the next two years:

Here are some other takeaways from the hour-long meeting: