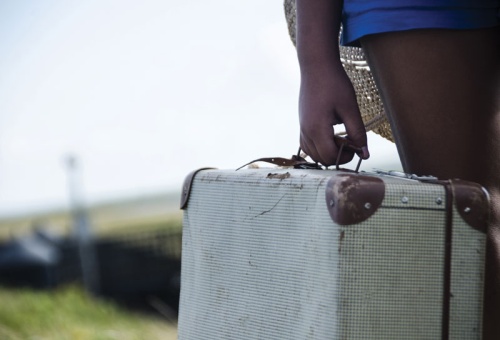 Human trafficking can be defined as exploitation of other human beings for money or labor. Victims can be adults or minors, domestic or international. n

Human trafficking can be defined as exploitation of other human beings for money or labor. Victims can be adults or minors, domestic or international.

According to LifeSkillsHouse, an organization that offers transitional housing and life skills training to women who are victims of human trafficking or pregnant and single mothers, there are 600,000-800,000 domestic victims within state borders.

Kerri Taylor, executive director of UnBound Houston, an organization that spreads awareness about human trafficking, said the majority of human trafficking cases in Brazoria and Galveston counties are domestic cases, in which children are the victims of sex trafficking.

“Human trafficking in this area doesn’t look like the paradigm most people would think of,” Taylor said.

Most victims of human trafficking in Brazoria and Galveston County are minors and students, who have some type of risk factor, such as low self-esteem or poor relationships with family members or peers, Taylor said. Even still, Taylor warns against assuming certain students are more vulnerable.

“My philosophy is that all kids are vulnerable if you catch them on a bad day,” Taylor said.
Traffickers befriend or “boyfriend,” otherwise known as entering a romantic relationship with the students, as a way of gaining their confidence, Taylor said. Once they are friends with the student, they begin to emotionally separate them from their parents and friends. Then, they begin to use the child.

“It is a very specific process that traffickers are very good at,” Taylor said “Kids in Pearland and Friendswood—that’s a process that even they are susceptible to. They’re not locked in a closet, they’re not tethered away, they’re out in the world.”

When UnBound speaks to students, they inform students of the processes traffickers use on their victims.

According to Taylor, UnBound speaks to students as young as seventh grade and always informs the parents of what will be discussed before the classroom visit. UnBound has spoken to students at Friendswood and Alvin ISDs, and other school districts nearby.

“When we get in front of students, what we tell them is that there is a profile for a trafficker—the motivator there is just money,” Taylor said.

Traffickers can use more than the child’s trust to make them a victim—they can also use drugs, Taylor said.

“The students may not have been exposed to drugs before, but once they are addicted, all you have to do is ask the question: ‘What is most important to an addict?’ Their next hit,” Taylor said. “If he is their source for that, he doesn’t have to keep them locked up; they come back because he is their next hit.”

No reported local Cases
While human trafficking is prevalent in the Greater Houston area, it is not something the Pearland Police Department has seen in their records in the last four years.

“We did not have any incidents classified under the human trafficking offense/ IBR codes,” police officer James Wells said.

A human trafficking offense can be classified as exploitation for either labor or sex, and can apply to children or adults.

“To my knowledge, we have never handled a human trafficking case in Friendswood, so I have nothing to offer in the way of cases or statistics,” Price said.

State Sen. Joan Huffman, R-Houston, works with human trafficking cases in Brazoria County. While Huffman sees more awareness about the issue, it is still not eradicated.

“It is still a problem, and it has proven difficult to get control of the issue,” Huffman said.

While the internet has helped spread awareness, it has also exacerbated the issue, Huffman said.

“I think that if I had to weigh [the internet’s effects], it’s making the problem worse. It’s no doubt that these buyers are finding these victims on the internet in many situations. And I know that law enforcement is working on this problem,” she said.

“Traffickers typically work online,” Taylor said. “Since the child or minor doesn’t see them, they don’t know that they are working with someone who is a trafficker.”

According to Taylor, solving this problem falls on more than law enforcement or lawmakers—it is in the hands of the community.

“This is not a problem that one entity can solve–it’s when the community is mobilized and decides we are not going to let this go on around us,” Taylor said.