contribute today
On Dec. 19, the U.S. Census released its 2018 five-year estimates for different data points, including population, housing and income. 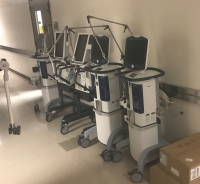